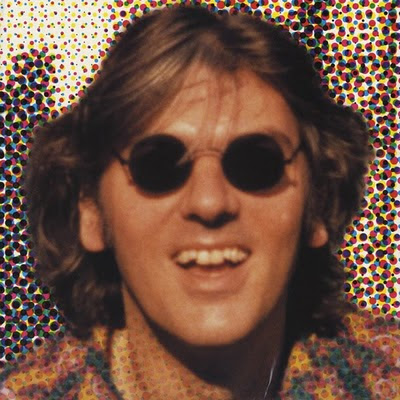 German language appreciation week here at Flowering Toilet continues with this cut sung in German by Robyn Hitchcock. Okay, so I'm already repeating artists. So what? It's Robyn Hitchcock, and he has a new album coming out next week on Yep Roc! (it's really good--I pre-ordered it from Yep Roc! and got it yesterday).

Going through some of my 7" singles I came across a flexi 7" from The Bob fanzine with Robyn singing "Alright Yeah" in German. I had completely forgotten this existed, let alone that I owned a copy. A Swedish language version of the song was released on the limited-edition, LP-only release, Mossy Liquor (that album is now available for purchase from iTunes, BTW). I wouldn't be surprised to learn Robyn recorded this song in other languages too. I look forward to hearing "Alright Yeah" sung in Esperanto ("neniu, neniu, neniu, neniu, neniu, neniu, bone jes") on the inevitable Hitchcock box set.
Posted by Pete Bilderback at 10:28 AM