All I Got For Xmas Was Doug E. Fresh 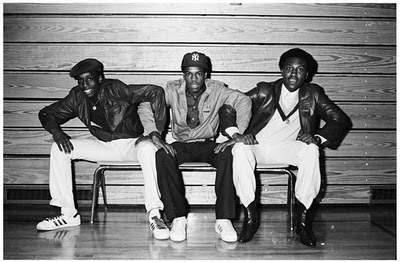 Happy Thanksgiving. As promised, here is the first installment of holiday music. I promised offerings secular, sacred and profane. Obviously I'm going to start with the profane.

I have written before about how certain songs take you back to a particular place and time. Hearing The Treacherous Three (Kool Moe Dee, Special K & DJ Easy E), and special guest Doug E. Fresh kickin' it old-school on "Xmas Rap" makes me feel like it's 1984 and I'm waiting for wrestling practice at Annapolis High School, watching the Tiggs brothers break-dance. They don't write them like this anymore. This is the so-called "X-Rated" version and contains plenty of cursing, but is also hilarious and has a social message that cuts deep: the observations on how economic status effect one's perception of the holidays are just as relevant today as they were in 1984.

"Back Door Santa" on the other hand has no socially redeeming qualities, and though it has no cursing, it is an absolutely filthy song, full of barely disguised double-entendres. I don't know how Clarence Carter got away with this. This is probably my all-time favorite Christmas song.
Posted by Pete Bilderback at 9:46 AM