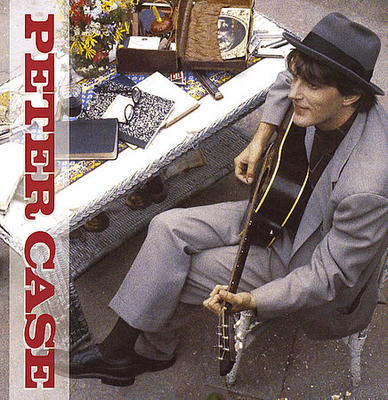 It's hard for me to believe this seminal album is out-of-print. The kind of slicked-up roots music on Peter Case's solo debut would eventually become known as "Americana," a programming staple of public-radio stations like WFUV in New York City, but in 1986 this combination of folk, blues, country, and rock with contemporary pop touches sounded very fresh. There must have been something in the air in 1986 because around the same time Elvis Costello abandoned the "new-wave" sound of Goodbye Cruel World for a similarly rootsy mixture on King of America (like Peter Case produced by T-Bone Burnett), the Pouges were creating a comparable hybrid of Irish folk and punk rock (Case ends this album with a cover of the Shane McGowan penned "Pair of Brown Eyes"), and Suzanne Vega would have a huge hit with "Luka" the following year. This rush of acoustic-based roots music was memorably dubbed "the 'coustic revival" by a particularly drug damaged record store clerk at the Annapolis Record and Tape Exchange.

It probably came as something of a shock to hear Case, who had spent the last 10 years playing revved-up power-pop in The Plimsouls and The Nerves, come out with something so folksy. But in a sense Case was only getting back to his roots, he grew up worshipping both Woody Guthrie and The Beatles, and when Jack Lee talked him into forming The Nerves with Paul Collins, Case had been performing as a folk singer. It also helped that he delivered the strongest and most consistent set of songs in his career up to that point (The Plimsouls were great, but the albums do have some filler).

"Steel Strings" was the big alt-radio hit off this album, but nearly all the tracks are memorable. I chose the Van Dyke Parks arranged "Small Town Spree," a nice bit of narrative song writing. Someone should reissue this album with bonus-tracks; I bet there's some killer demo tracks out there.
Posted by Pete Bilderback at 9:40 AM