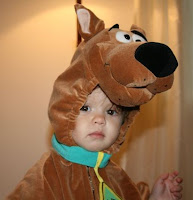 I'll get back to semi-regular posting soon. In the meantime, here is a batch of Halloween themed material. For those of you who missed it last year, I included The Velvet Monkeys' cover of "Spooky." Also included is Mudhoney's cover of Sonic Youth's "Halloween" and two "ghost" songs from Robyn Hitchcock, his cover of the Psychedelic Furs' "The Ghost In You" and his own "The Ghost Ship."

I've really been enjoying the Robyn Hitchcock box set, I Wanna Go Backwards, recently released by Yep Roc. I'll have more to say about it later.
Posted by Pete Bilderback at 12:34 PM No comments:

While Roky Erickson is enjoying some rightly deserved revitalization in the wake of the 2005 career spanning documentary You're Gonna Miss Me, playing to capacity crowds at London's Royal Festival Hall and reportedly working with ZZ Top's Billy Gibbons on a new record, another 60s psychedelic pioneer has yet to enjoy such renewed fame.

Sky Saxon's contributions to garage rock and psychedelia are arguably just as important and influential as his Texas counterpart, and his band The Seeds produced some great albums from the psychedelic era. Singles such as "Can’t Seem to Make You Mine", "Mr. Farmer" and the classic "Pushin’ Too Hard" combined garage punk with a slightly off kilter and at times almost childlike sound that distinguished them from the typical 1966 fare. Keyboardist Daryl Hooper played a huge role in creating their unique sound as well, which favored the use of organ over an electric bass, which would be part of the formula that would propel another L.A. act--The Doors--up the charts during the same time period.

Much of this period of The Seeds career has been well documented. However, not much attention has been given to Saxon's post-Seeds career, including his time in the Ya Ho Wha 13 music collective during the 70s, most likely due to the absence of a cohesive story line. The Ya Ho Wha 13 have garnered considerable interest as of late and are now regarded by some as the greatest American psychedelic band that just so happened to go virtually unacknowledged during their time. I suppose stranger things have happened.

For those interested in the Father Yod story, you could check out this informative site here or this excellent interview here or go whole hog, no, sorry whole vegetable and dive right into the massive 13 disc document of the entire Ya Ho Wha recorded output from the Japanese label Captain Tripp. It's not entirely clear which of these recordings Sky Saxon appears on but he did lead the Ya Ho Wha 13 on the album Golden Sunrise after leader Father Yod passed away following a hang gliding accident. There is also a book and a DVD documentary on the 140+ member family, which looks interesting, to say the least.

This is the period that found Sky adding "Sunlight" to his name, but it's just one more chapter in the career of Richard Marsh, which began in the early 60s. He continued recording throughout the 80s and 90s, and recently released a new record offering fans distribution rights for a select number of CDs, so long as they create the artwork, and promise NOT to use jewel cases. I’m down with that.

The paisley underground of the 80s saw Sky emerge on the L.A. scene once again and recording with some of the mainstay groups of the time such as The Dream Syndicate, The Church, The Three O'Clock, The Rain Parade and The Plimsouls. He recorded a live album with members of Redd Kross and The Primates for the Voxx label called Private Party. One of my all time favorite psychedelic tracks by any artist has to be "The Flower Lady and Her Assistant" from the 1967 LP Future (which I remember made Rick Rubin’s top 10 list years ago) and here is covered by the band with plenty of overdriven guitars and Sky's impassioned vocals. It takes just three lines before he starts improvising and singing about the grim reaper and something or other that’s in 126 countries. "I smell the perfuuuahhhhoooohhh...." Yeah.

Masters of Psychedelia released on New Rose in 1985 seems to be from sessions dating from an earlier period, but there's just not much information available on this record. "Silver Leaves" is the standout track for me, even though I freely admit that I'm not sure exactly what he's singing about. But that doesn't stop it from being a great slice psychedelia. Listen and see if silver leaves are falling down where you live.

And hey, how about a Sky Sunlight Saxon documentary already?
Posted by Peter Hennig at 7:38 PM 12 comments:

It's Time For Jonathan Richman & the Modern Lovers 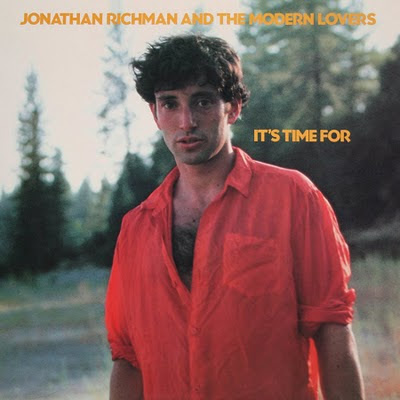 I previously dedicated a whole week to the music of Jonathan Richman, but I neglected to feature anything from his most difficult album to find, It's Time For Jonathan Richman and the Modern Lovers. The album was released in 1986 on Rough Trade in the UK and Upside Records in the US. It was available only for a short time before falling out-of-print, and it's never been reissued. It's something of lost JoJo classic.

The album is similar in many respects to my favorite Jonathan Richman record, 1985's Rockin' and Romance, although it is not in my opinion as consistently great. Producer Andy Paley once again creates an engaging, direct and unfussy sound (though not as self-consciously primitive as on Rockin' and Romance). Likewise, there is a similar nostalgic, doo-wop flavor to much of the music. One major difference is that backing singer Ellie Marshall is featured much less than on Jonathan's previous two albums. While her contributions are missed, they are compensated for by the presence of fellow Boston native Barrence Whitfield, who is prominently featured in the backing chorus. Replacing Marshall's folk-influenced voice with Whitfield's gives the album more of a rough rock and roll flavor. Additionally, Asa Brebner provides some of the toughest guitar work heard on a Jonathan Richman album since his original Modern Lovers days.

Despite all the things this album has going for it, a few of the songs don't quite live up to the standards set by the previous album: "Shirin & Farad" sounds like a less engaging re-write of "Abdul and Cleopatra," and "Ancient And Long Ago" aims for, but doesn't quite reach, the emotional majesty of "Now Is Better Than Before." Nevertheless, the stronger material ("It's You," "Let's Take A Trip," "Neon Sign" and others) would be highlights on any Jonathan Richman album.

"Double Chocolate Malted" is perhaps my all-time favorite Jonathan Richman song. Some people might consider constructing a song around three-chords and instructions on how to properly make a frozen desert treat a poor excuse for songwriting. Some people are idiots--this is one of the greatest songs ever written. I have tried to make a double chocolate malted to Jonathan's specifications, right down to the extra scoop of malt in a paper cup on the side. However, I have had absolutely no luck in locating Horlex brand malt. Any help in locating a supply would be greatly appreciated, as I suspect that is the key to whole enterprise.

"Corner Store" is Jonathan at his most Don Quixote-like, tilting against the windmill of corporatization and longing for the return of the old-fashioned corner store. When Richman first recorded this song in 1986, I had yet to hear the name "Wal-Mart," and the passing of time makes the song sound sadder to me than it once did. How many more corner stores have forever shut their doors since this song was recorded over twenty years ago?

Some might consider "Corner Store" (and in fact the entire album) little more than a pointless exercise in simple-minded, reactionary, nostalgia. But the song subtly taps into a deep sense of longing for community and honest connection between individuals that cannot be written off so easily. With a guitar riff that explicitly recalls Creedence's "Down On The Corner" and its doo-wop style chorus, the song suggests that in replacing Mom and Pop corner stores with malls and mega-marts we lost more than just comfortable places to shop, we also lost the important public spaces provided by small, independently-owned stores--the kind of spaces where Willy and the Poorboys could ply their trade, and where the joyful doo-wop that Richman pays homage to was born. It's a high price to pay--Richman suggests--for cheaper prices.

The author of a thoughtful review of It's Time For on Head Heritage passes along a second-hand story that suggests Jonathan Richman himself does not hold this album in very high regard. That's not entirely surprising considering Richman rarely--if ever--has a kind word to say about any of his own albums. But regardless of Richman's assessment of the music from this period in his career, as a fan I would love to see his three Rough Trade albums (Jonathan Sings!, Rockin' and Romance, and It's Time For) reissued in a deluxe box set with bonus tracks and liner notes written by Richman explaining why he really thinks this music is horrible, and he can't listen to it anymore, but if some people like it then, hey that's okay with him.
Posted by Pete Bilderback at 10:01 PM 9 comments: