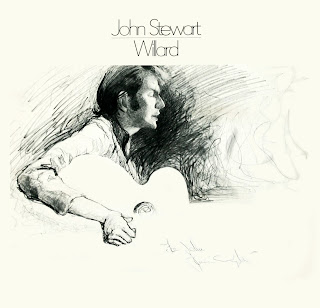 John Stewart, probably best known as the author of the Monkees' "Daydream Believer," died on Saturday at the age of 68. Stewart traveled with RFK during his ill-fated 1968 campaign, and was also a member of the Kingston Trio (he replaced Dave Guard in 1961). But what Stewart should be most remembered for is the string of very interesting solo albums he released in the late 60s and early 70s. Not quite folk music, not quite Country, and not quite rock, Stewart was a pioneer of what eventually would become known as "Americana." Artists like Peter Case, Lucinda Williams, Wilco and The Jayhawks owe him a huge debt.

I only recently discovered Stewart's music myself--almost by accident. Before Christmas my 5-year-old son asked me to take him to our local record store so he could pick out a present for me (he knows what Dad likes). He didn't want any help from me picking something out--that would spoil the surprise. So he chose a record that looked interesting to him with no input from me. I figured this would mean I was going to end up with a copy of Boston's Don't Look Back, or something else with a spaceship on the cover, but I was pleasantly surprised when I unwrapped a copy of John Stewart's 1970 LP Willard on Christmas morning. The surprise was even more pleasant when I put it on the turntable and discovered it was actually quite good. As he later explained to me, "I figured since the cover looked so plain, the music on it must be fancy." I've been enjoying the music ever since, and plan to track down some of Stewart's other albums.

Stewart is survived by his wife, Buffy, and his children, Mikael, Jeremy, Amy and Luke. Here's hoping his music gets rediscovered now--it should have been years ago.

Hi Pete--I don't know you, but stumbled onto your site a few months ago and have really enjoyed your thoughtful commentary on musical matters. It sounds like you have a very smart son! What a most excellent Christmas gift! I may also have to investigate the George Jones box on your recommendation. Take care, Mark N.

Hi Mark. Thanks for your kind words. I worry sometimes that writing about my kids would seem annoying or self-indulgent to those who just stumble on the site, so it's good to know you enjoyed reading this post. I try to keep the kiddie talk to a minimum, and only when I have some amusing story.

I've really been enjoying the Jones box, there's lots of really great material on it that's new to me, and the sound quality is excellent. Also, Bear Family has really brought the packaging up a notch since the last time I bought one of their boxes (lots of great photos, etc.).

BTW, The Feelies The Good Earth is currently available (sort of). Twin Tone digital sells it as a "custom burned" CD. It's not the same as a proper reissue, but it's nice to know it's available somehow.

I've posted a few more Stewart tunes over at catfishvegas.blogspot.com