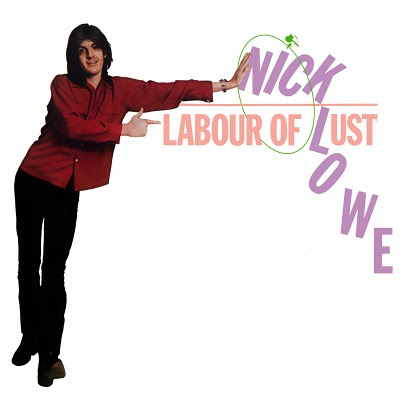 Yep Roc just reissued Nick Lowe's classic first solo album, Jesus of Cool. Hopefully it is the first in a series of reissues, because the man's catalog (or catalogue) is a mess. How can it be that an album as great as Labour of Lust could ever be allowed to go out of print? Sure, many of the highlights are available on Basher: The Best of Nick Lowe, but you really need songs like "Born Fighter," "You Make Me," "Skin Deep" and "Dose of You" too. Every song on that album is a classic. Nick The Knife, The Abominable Showman, Cowboy Outfit, etc. may not be as consistently great, but they still deserve to be heard without being robbed on Amazon's Marketplace. This is an injustice of epic proportions. Can you imagine the reaction if none of van Gogh's paintings were on display in any of the world's museums? If Citizen Kane were only available on SelectaVision? If Hulk Hogan retired? This is the rock and roll equivalent people. It's sick and twisted and just plain wrong, wrong, wrong. Am I making myself clear?

So go buy Jesus of Cool (even if you already own it it's worth it for the bonus tracks and excellent packaging). Then demand reissue of Labour of Lust and the rest of Nick Lowe's catalog.
Posted by Pete Bilderback at 11:46 AM

Lowe had some hit and misses...but truth be told "Labour of Lust" is a masterpiece, period. God, I was in total luv with him when I was like 17, hee hee, I still have the vinyl, I'll always keep that scratched up ol' thing. Perhaps he was never really popular in the states, but here in Canada he had a huge cult status. I remember all the cool kids wore his "Pure Pop Now" buttons. I think that's when I started to have a huge hard on for skinny shaggy haired lead singers. hah!

"Dose Of You" still makes me giggle.