It's hard to find words. I always enjoyed his work with Carol Burnett on TV and in Mel Brooks' films.

Korman was a perfect straight man, but he could also be very funny in his own right (as you can see in this clip). I remember watching these parodies on The Carol Burnett Show as a kid. I didn't understand all the references at the time (my parents would fill me in a bit), but found them hilarious anyway.

Posted by Pete Bilderback at 10:01 AM No comments:

You Make Me Die (More Mud) 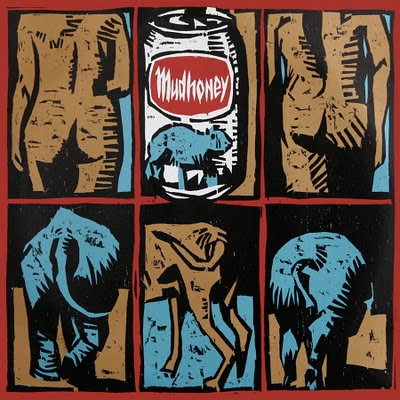 In my last post, I didn't include "You Make Me Die," the third song on Mudhoney's "You're Gone" single, because I mistakenly thought it was included on the March To The Fuzz compilation. It's not, so here it is. The backing track was provided by Mudhoney, while the vocals were recorded separately "somewhere in England" by garage rock primitivist Billy Childish. For no reason in particular I've also included the original recording of the song by one of Billy's many bands, Thee Mighty Caesars, as well as another version of it by Mudhoney recorded for the BBC, this time with vocals by Mark Arm.

But that's not all you get today folks. I'm also re-posting a song that I posted a while back. It's "Itchy Itchy" by Professor Morrison's Lollipop. Why? Because in my mind I've always been able to hear Mudhoney covering this song. Can't you hear Mark Arm singing "I've got an itchy itchy lady bee buzzing all over me now"? If any of my readers happen to have a Mudhoney connection, please recommend they cover this song--it would make a pretty cool B-side. 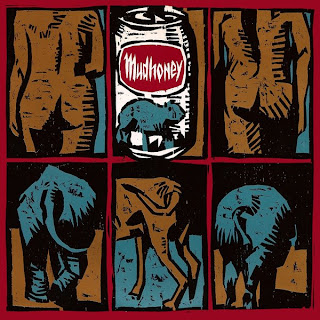 It's kind of amazing to me that it's taken me this long to get around to posting something on Mudhoney. That might be because, despite the fact that they are one of my all time favorite bands, I have very little interesting to say about Mudhoney.

Probably I should just leave it at that, because really what more do you need to know? I will say this much though--I've seen a lot of great live rock bands, and nothing, nothing in rock music ever brought me as close to a pure ecstatic experience as hearing Mudhoney live. Nirvana didn't do it. Sonic Youth didn't do it. Soul Asylum didn't do it. Bob Dylan didn't do it. The Grateful Dead certainly didn't do it. But Mudhoney did. Mudhoney brought me to a place that I can only describe as somewhere outside of myself.

Maybe that's just another way of saying Mudhoney rocks hard, but I don't think so. Anyone who knows me well will tell you I am not the kind of person who loses control of himself easily. At shows I was much more likely to be the guy with his hands in his pockets nodding slowly than the one trying to get a mosh pit going. I liked to keep my cool.

But the noise Mudhoney made live was just too awesome--and I mean that in the true sense of the word--to be denied. I can remember New Year's Eve, 1991 at Maxwell's in Hoboken trying to stage dive while Mudhoney was playing. Unfortunately, somebody grabbed the back of my jeans and prevented me from leaping off the stage. I'm not sure why they bothered. The stage at Maxwell's was all of 4 feet high. How much damage could I have done? But that's not the point. I simply wasn't a stage diving kind of guy. I think that was the only time I even tried to do it. Mudhoney's music just took control of me and I had to obey. I wasn't under my own command.

Anyhow, Mudhoney have a new album, Lucky Ones, out today. It's been getting some good reviews. I'm looking forward to hearing it. I imagine I'll opt for the vinyl with free MP3 download. They also released a 20th anniversary deluxe edition of their first EP, Superfuzz Bigmuff, along with some early singles and live stuff. This makes me feel old.

As for these tracks, they come from a 7" that was released in 1990 in advance of Every Good Boy Deserves Fudge. "Thorn" appeared in a different version on that album, but "You're Gone" did not. Somehow it got left off of their best of/rarities set, March To The Fuzz, as well. That's a real oversight, because the song absolutely shreds. Enjoy with caution.
Free tracks from Sub-Pop:
I'm Now [right click to download]
(from The Lucky Ones)
In 'n' Out Of Grace (live) [right click to download]
(from Superfuzz Bigmuff Deluxe Edition)
Posted by Pete Bilderback at 11:26 PM 5 comments: 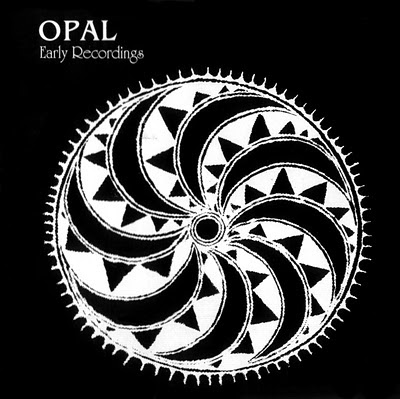 It's a fine line between dreamy and narcoleptic.

Maybe it's the difference between Hope Seconal Sandoval and Kendra Smith's voices, but while I always found Opal's music beautiful and hypnotic, I thought Mazzy Star (essentially the same band with a different singer) were pretty dull.

Actually, truth be told, Opal's lone LP, Happy Nightmare Baby, was a little too "weird scenes inside the goldmine" for my taste. It has some good tracks to be sure, but much of it meanders. In my opinion, the band's really killer stuff can be found on the Early Recordings LP that was released by Rough Trade after they broke up. Some of the key tracks on the album had previously been released on singles and EPs, but they were all new to me when the LP was released in 1989.

I recently picked up a couple used Mazzy Star CDs (unlike Opal's albums, which are rarer than hen's teeth, Mazzy Star CDs can be found cheap). I thought I might find more about them to appreciate now. Not really. "Fade Into You" and "Five String Serenade" are nice enough, but I still find them hard to take on the whole. Something about their music brings the lingering stench of patchouli and incense to my mind. Those are smells I would prefer to forget. I could never stand those and other odors associated with hippies, which is one of many reasons I was never a Deadhead. That's just not my trip, man.

But for some reason, despite being concocted from the same essential ingredients, Opal are a different story for me. The lovely "Hear The Wind Blow" was covered to great effect by Dean & Britta, and was originally released as a bonus-track on the CD issue of Early Recordings. I have feeling there are a lot more potential "bonus-tracks" that could have been included. Hopefully on some future reissue they will be. 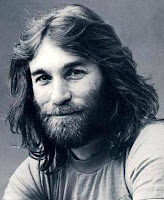 No doubt in anticipation of the long-overdue reissue of Dennis Wilson's Pacific Ocean Blue on June 17th, Rock's Back Pages has made a selection of articles about the good looking Beach Boy available for free this week.

Vivien Goldman pans the "old-fashioned, straight ahead rock & roll" that has been put out to pasture in "most forward-thinking homes" that she hears on Pacific Ocean Blue (Sounds, 1977).

Posted by Pete Bilderback at 9:49 AM No comments: 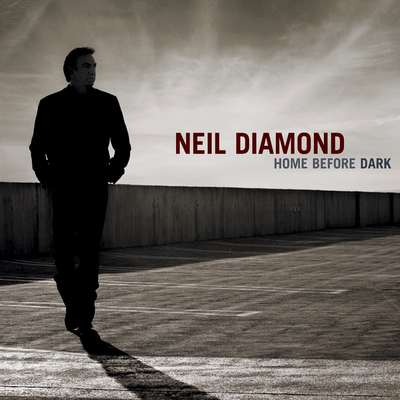 Surely the fate of Neil Diamond's last album, 12 Songs, must rank high on the list of incidents in which artists get royally screwed by their record company. Diamond recorded 12 Songs with producer Rick Rubin, the same guy who managed to land Johnny Cash on the best-seller list, wrote his best bunch of songs in years, and generally put his heart and soul into recording the album. Music critics went nuts, and for the first time ever Neil Diamond was cool (okay, anyone who has ever heard Hot August Night knows that Neil Diamond has always been cool, but suddenly nobody felt the need to keep that fact a deeply shameful secret).

Diamond seemed poised for the kind of late career renaissance that Cash, Dylan and others had experienced when the album debuted at #4 on Billboard Top 200 Album Chart. There was just one problem, the geniuses at Sony/BMG put a program on the CDs that prevented people from ripping the music to their computers (unless they owned a Mac). Worse than just being an unpopular copy-protection scheme, the program was actually malicious (and illegal) spy-ware. So just as Diamond was receiving tons of love from the critical establishment and fans were looking for his new album at Wal-Mart, it was pulled from the shelves and unavailable for weeks.

Diamond, who was unaware of Sony/BMG's plans for his CD, was reportedly devastated by the catastrophe that resulted from this idiotic, and ultimately doomed, scheme. I hope a better fate awaits Diamond's latest collaboration with Rubin, Home Before Dark.
Posted by Pete Bilderback at 12:14 PM 3 comments: