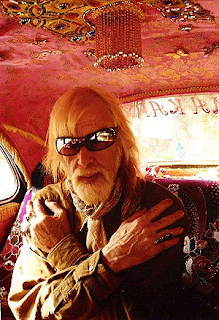 Farrah Fawcett wasn't the only person to have their death go less noticed than it should have been because of untimely demise of the "King of Pop." I was very sad to learn of the passing of Sky "Sunlight" Saxon this past Thursday. Saxon was a true rock legend, a man whose life and musical legacy deserve far more attention than they have received.

My friend Peter wrote a very eloquent post about Sky and his music here a couple of years ago, and the single biggest thrill I've gotten from running this blog came when the man himself, Sky "Sunlight" Saxon, posted his thanks in the comments section. I was truly elated to know that a legend like Saxon had stumbled across this humble blog.

My thoughts and prayers go out to Sky's loved ones and friends. 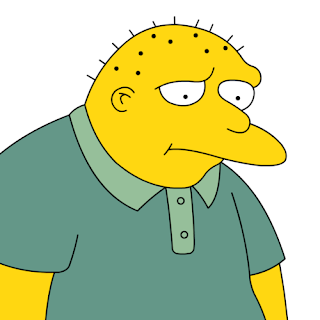 We headed up to New Hampshire for a short vacation starting last Wednesday and on the way up I pulled up the Jam's Sound Affects on my iPod.

Perhaps because I once read a quote from Paul Weller in which he claimed Sound Affects was intended to sound like a cross between The Beatles' Revolver and Michael Jackson's Off The Wall, I started thinking about Jackson. I said to my wife something to the effect of "someday we're going to find out all the weird stuff that has been going on with Jackson the over past 10+ years, and it won't be pretty." I didn't realize it at the time, but I was talking about what would happen when Jackson died, which coincidentally happened the next day.

Because we were staying in a motel, I had access to cable news (no cable at home), and its weird world of wall-to-wall coverage of major and not-so-major events. It was strange hearing the different takes on Jackson. Depending on who you believe, Michael Jackson was either the closest thing the world has ever seen to a perfect human being (a child-like, innocent and kind humanitarian who only thought of others) or history's greatest monster (a master manipulator, with bizarre, twisted and seemingly insatiable appetites). Of all the people I heard voicing their opinion on Jackson on CNN, MSNBC and Fox, no one outside of Deepak Chopra offered anything close to a nuanced opinion on the man and his personal life. (Chopra clearly had great affection for Jackson as a person, but also seemed intensely aware of his flaws.)

Personally, I do not have any special insight into Michael Jackson, other than to fall back on cliches like "the truth probably lies somewhere in between," which, given the wide chasm between the two camps of opinion, hardly seems adequate either. In any case, the world doesn't need my opinion on who Michael Jackson really was, and not only because I honestly have no idea.

Perhaps the most prescient take on Michael Jackson was offered in episode one of the third season of The Simpsons, in which Jackson lent his voice to Leon Kompowsky, a bricklayer from Patterson, NJ and mental patient laboring under the illusion that he is Michael Jackson. Though Bart is initially let down when Homer brings home a "big white guy who thinks he's the little black guy" instead of the real Michael Jackson, Kompowsky still manages to save the day by helping Bart write a song for Lisa's birthday.

In other words, maybe who Michael Jackson really was matters less than who people (his fans and detractors alike) think he was. Michael Jackson's music has brought joy to millions, and no doubt will continue to do so for many, many years. But he is also there for those of us who need monsters to demonize as well.
Posted by Pete Bilderback at 9:31 AM No comments: 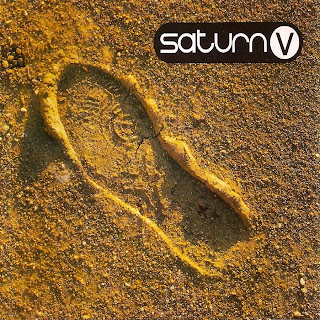 I wanted to follow up on the Razorcuts post from yesterday with some music from singer/guitarist Gregory Webster's next band, Saturn V (not to be confused with the surf rock band The Saturn V featuring Orbit, as All Music has apparently done).
Saturn V released a nice single on the short-lived Shimmy Disc pop label, Koko Pop, and an album on Vinyl Japan in 1993, then disappeared. It's too bad, because the small amount of music they released was quite good, similar in many respects to the Razorcuts, although perhaps a bit less twee.
Both the single, Dominator, and the album Skycycle are well worth tracking down if you can find them.
Posted by Pete Bilderback at 9:43 AM No comments:

Here's another comparison of compression levels from a recent CD and LP release, this time the new Elvis Costello album, Secret, Profane & Sugarcane. When I compared tracks on Mr. Declan Patrick MacManus' last album, Momofuku, I noted that the CD appeared to be considerably more compressed than the LP. That is not the case with the new album. True, the CD looks to be slightly louder, but that is probably just due to a stray peak or two on the LP. Overall, these look (and sound I might I add) quite similar. If anything, the CD probably has a bit more dynamic range due to the lower noise floor, which is as it should be.

This is good news, because neither the LP or the CD suffer from over-compression, something that would have really done serious damage to the largely acoustic music on the album. So score one for the good guys in the ongoing loudness wars.

The LP does have a couple of bonus tracks, so it's still the version to get however.

"My All Time Doll" CD Version

"My All Time Doll" LP Version

The Pains of Being Razorcut 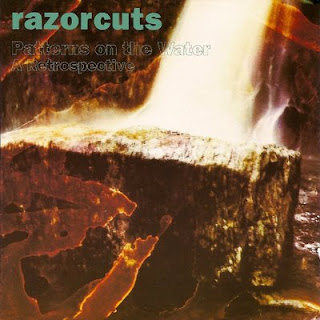 My friend Peter recently turned me onto the latest indie-rock hype band, The Pains Of Being Pure At Heart. If someone had told me before I heard them that they had a retro J&M Chain/C86 vibe to them, I might not have bothered to listen to them. I've heard a few bands recently that harken back to that sound, and inevitably, my reaction has been a cynical "been there done that."

But POBPAH (sorry, but their name demands abbreviation) had a different effect on me. From the first chords of "Contender" I got an instant psychocandy sugar jolt that sent me on a nostalgia trip resulting in me digging through my old records to rediscover POBPAH's antecedents (that is, after I listened to POBPAH twice through).

I had to needledrop my copy of Psychocandy (which itself was thought to be a slavishly imatative album on its original release, but holds up quite nicely on its own terms nearly a quarter century later). I also dug out some of my old british "shoegazer" and C86 albums, including a compilation of music by the Razorcuts called Patterns On The Water: A Retrospective. Patterns has been unavailable for so long it doesn't even show up at Amazon. A more recent compilation R Is For Razorcuts, is also out-of-print and fetching megabucks. (The A Is For Alphabet EP is still available on CD and as a download, so if you dig what you hear pick that up).

Fans of POBPAH will likely enjoy the slightly fey and extremely catchy nature of the Razorcuts' music (although it's not as noisy, for that you need Psychocandy).

So okay, I've been there and done that, but POBPAH is good enough to make me want to go back and do it all over again. They deliver what some of these other neo-shoegaze bands don't: excellent songs that transcend the formula. Now, if you'll excuse me, I have some footwear to contemplate.
Posted by Pete Bilderback at 8:45 AM No comments:

I Asked For Water (S/he Gave Me Gasoline) 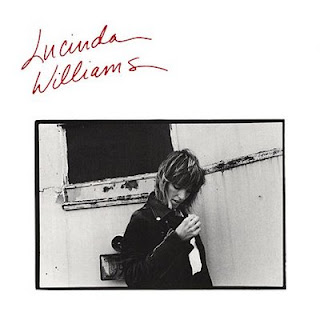 I've noticed more and more formerly out-of-print music has been made officially available for download, even without a reissue on CD or LP. This is a great thing, and something that I have advocated since starting this blog. But it does present a certain dilemma for me in so far as there is increasingly less interesting out-of-print music for me to write about.

But every once in a while, I am shocked to discover a really great album that is unavailable in any format and fetching high prices on the used market. Such is the case with Lucinda Williams' eponymous 1988 album.

It took Lucinda Williams eight long years to follow up her first album of original material, 1980's Happy Woman Blues. Perfection takes time. Williams had grown enormously as a songwriter, singer and performer during the interval between albums. Unfortunately, it would take another ten years for the music buying public to figure out what those of us lucky enough to hear this album (released on Rough Trade a couple of years before it went bankrupt) already knew: Lucinda Williams is a genius.

"Changed the Locks" was released as a single, and is one of the stand-out tracks on an album full of stand-out tracks. The lyrics are at once harrowing yet ambiguous. It's clear that Lucinda's protagonist (or is it just her?) is on the run from a relationship gone very wrong. She's hiding from something so powerful and all-consuming that she's gone so far as to erase her identity and move heaven and earth in order to start over. She never fully articulates why, although she perhaps drops a hint with the line "so you can't knock me off my feet." Does she mean that figuratively, or literally? Or both?

One thing is clear: whoever or whatever she is hiding from in this song has scared the hell out of her, and hearing her sing about it, it scares the hell out me too. Lucinda's deliberate pacing and careful delivery turns a song that in lesser hands could have been the audio equivalent of a Lifetime movie staring Valerie Bertinelli into a masterpiece.

Tom Petty covered "Changed the Locks" on the She's The One Soundtrack. He does a fine job, but this is a case where the change of gender really damages the song on some fundamental level. Having a man sing the song reduces the ambiguous tension at the core of its power. And before anyone objects that "men get trapped in abusive relationships too" (yeah, I know I saw that episode of Montel), cut me a break. I just can't buy this as a guy's song.

"Crescent City" is a beautiful love letter to New Orleans, and just another damn fine song. But every song on the album is a classic.

In 1988 Lucinda Williams sounded fresh and ahead of its time (or perhaps refreshingly behind the times). The passing years have done nothing to diminish that impression; it sounds just as fresh and vibrant today, even after a flood of mediocre alt.country/Americana/No Depression/Whatever releases have created a codified market for this kind of music.

**UPDATE: According to posts on LucindaWilliams.com, it appears there is a long-delayed deluxe edition of this album in the works, possibly due in September.
Posted by Pete Bilderback at 12:23 PM 2 comments: