I've been getting a lot of weird spam emails like this one recently:

I'm proud of a lot of things that I've done over the past 40 years, but this award from ThumbJointPain.net ranks considerably below the "participant" ribbon I got in a sack race I entered when I was six.

All Going Out Together 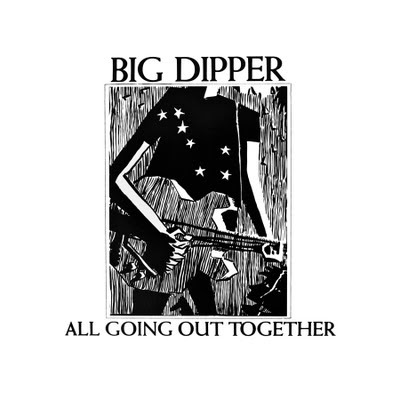 I came across this Big Dipper 12" single the other day at my local record store. It was still sealed and only a $1.99. What the heck? I remember this 12" from back when it came out in 1987, mostly because of the memorable cover, which was very similar in layout to both Robyn Hitchcock's Element of Light and The Jazz Butcher's Fishcotheque, all of which came out around the same time. But I can't remember if I owned it, or if I had a friend who owned it, or if I just heard it at the radio station. Or maybe I had it on cassette. Whatever. Either way, I didn't have it in my collection a couple days ago and now I do.

"All Going Out Together" appeared on the the band's first full-length album, Heavens. "He Is God" recently reappeared on the Merge Big Dipper anthology, Supercluster. But there are two tracks here that I believe are not available anywhere else. The first is "Which Would You Rather," written by Big Dipper, but with vocals from former Modern Lover/Rockin' Robin Ellie Marshall. The other is an uncredited, untitled collage of sounds, songs and live recordings, including a cameo from Shonen Knife. It's, um, interesting, but I can see why Merge decided it wasn't essential enough to include it on Supercluster.

I wrote about Big Dipper before. I thought it was an amusing--but clearly fictional--little story about my desperate and ultimately futile search for Ron Klaus (of "...He Wrecked His House" Fame). Anyway, when my wife first read it she told me she was worried I might be losing it. Ouch.
Posted by Pete Bilderback at 6:24 PM 1 comment: 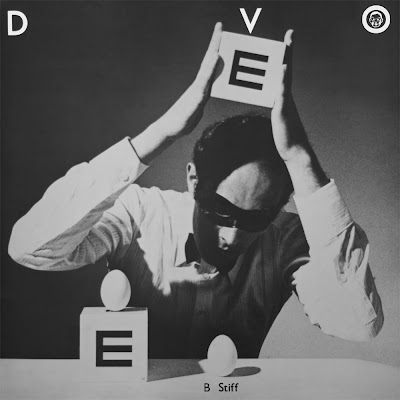 I found a nice copy of Devo's first EP, a collection of independent singles released on the Stiff Records label in 1977, entitled Be Stiff (or possibly B Stiff) yesterday at the Providence Rock 'n' Roll Yard Sale. The event continues today (November 8th), so if you are in the area stop by and check out the vinyl goods, crafts, and aging hipsters carrying their babies around the vaguely unwholesome environment.

Be Stiff is a nice reminder of what a great band Devo really was/is. The EP contains early, possibly superior, versions of four songs that appeared on their first album, along with two tracks that didn't. The spud boys from Akron's robotic take on the Stones' "Satisfaction" remains one of the great moments in rock history, even if the Residents did it first.

Speaking of rare spuds, Devo's two most popular albums, Q: Are We Not Men? A: We Are Devo and Freedom of Choice, have recently been given the deluxe reissue treatment. Both albums have also been reissued on LP (on colored vinyl). Oddly, nothing from this great EP appears on either deluxe edition as bonus tracks. I have no word on whether there will be deluxe reissues of the Devo leisure suits originally made available by mail order with Freedom Of Choice, but I promise to keep you informed if I hear any news.

Lord help us all if the music industry ever reaches such an advanced state of Devolution that we see a deluxe reissue of Shout.

Update: Devo leisure suits are indeed available at Devo's website, so you can still protect yourself from dangerous human elements and stay cool during meltdowns. For spuds with spare change there is also an Ultra Devo-lux Ltd. Edition reissue of the two albums with lots of other goodies.
Posted by Pete Bilderback at 10:58 AM 1 comment: