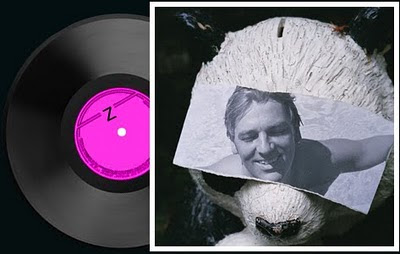 Robyn Hitchcock has a newly revamped website (mostly) up and running, and to celebrate he has made two songs available as free downloads (all you have to give him is an email address).

Robyn calls this giveaway a "Phantom 45," and I would not be surprised to see future Phantom 45s featured on his website. Personally, I'm looking forward to storing these in my nifty Phantom 45 carrying case.

In addition, Hitchcock has a new album, Propellor Time, scheduled to be released by Sartorial Records on March 22. Propellor Time was recorded in 2006 with the Venus 3 (Peter Buck, Scott McCaughey and Bill Rieflin) and features guests appearances from Johnny Marr, Nick Lowe and John Paul Jones. No word yet on if the album will be released on LP, but one can safely assume it will be available on CD and as a download from the usual suspects (perhaps we should call this a "Phantom 33.3"?).

My apologies for not posting more often recently...I just haven't felt like it.
Posted by Pete Bilderback at 11:24 AM 5 comments: