In his excellent (albeit brief) liner notes to the new edition of Fables Of The Reconstruction, Peter Buck attempts to clear up the misconception that the members of R.E.M. do not actually like the album that was yesterday honored with a 25th Anniversary deluxe reissue:

"Over the years a certain misapprehension about Fables Of The Reconstruction has built up. For some reason, people have the impression the members of R.E.M. don't like the record. Nothing could be further from the truth. It's a doomy, psycho record, dense and atmospheric. It creates its own strange little world, illogical but compelling. It's a personal favorite, and I'm really proud of how strange it is. Nobody but R.E.M. could have made that record."

Fans of R.E.M. might be forgiven for thinking the band held the album in less than the highest regard given all of the ambivalent to negative comments certain band members have made about the album over the years. But Buck goes on to make the very important point that the way the band feels about the album is inextricably tied to the circumstances surrounding its creation:

"All four of us were completely out of our minds at the time. We had just spent four straight years on the road; we were tense, impoverished, certifiable, and prime candidates for rehab. And it was cold. My main memory of that period is making the hour commute to Wood Green on the Tube and then walking for twenty minutes through invariably inclement weather, usually sleet."

Likewise, how the average R.E.M. fan feels about Fables Of The Reconstruction is no doubt inextricably bound to the circumstances under which they first heard it, and their memories of that time period. 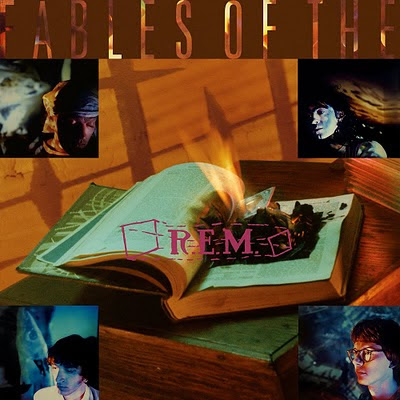 I had just turned 16 when I picked up Fables at my local Sam Goody. I have a memory of listening to the album on my walkman as my Mom drove me home. I can still smell that "new cassette" smell if I concentrate hard enough when listening to the opening chords of "Feeling Gravitys Pull." Personally, Fables is my favorite R.E.M. album. But then it was also the first R.E.M. album I bought, and the strange and compelling "dense and atmospheric" music contained within it opened up a whole new world of music for me.

Soon after I purchased Fables, I picked up R.E.M.'s earlier releases. After that, there was a virtual cascade of intriguing new music finding its way into my walkman. Peter Buck played mandolin on "I Will Dare" by The Replacements, so I picked up Let It Be. He produced The Good Earth by The Feelies, so I got that. I heard Wire and The Soft Boys were an influence on R.E.M., so albums by those bands were soon in my collection as well. Those purchases drove me in a hundred new directions that I am still branching out from today. 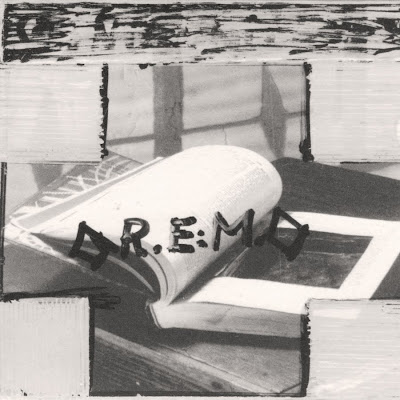 The 25th Anniversary edition adds a bonus disc of demos that were recorded in Athens, GA before the band left to record Fables with famed producer Joe Boyd in London. Buck remembers the band as being hard up for new songs after exhausting their stockpile of songs on the first two albums, and feeling "dangerously unprepared" as the band departed to London, a view he was forced to revise upon listening to the demos again. Maybe R.E.M. really were exhausted, drugged-out and low on inspiration at the time, but from the audio evidence available from the demos they sound like a band in complete control of their destiny and bursting with musical ideas. Perhaps they were receiving divine guidance. Most of the arrangements for the songs were already worked out, and I suspect Boyd's role in shaping the album was minimal, more along the lines of helping the band realize the sound they were searching for than providing direction.

R.E.M. would never again record an album remotely like Fables Of The Reconstruction, and for me personally their music would become less compelling over the years as their commercial fortunes expanded. Don't get me wrong, I've enjoyed much of the music they've created since Fables, it's just that I never again loved it or was fully captivated by it in quite the same way. Perhaps that would have been asking too much, especially considering that their music could never again be new to me in the same way.

The remastered sound of the new CD is yet another example of the trend toward excessive dynamic compression of reissues. The reissue is around 7 to 8 dB louder on average than the original, although it sounded fine to me while listening to it in the noisy environment of my car. However, I'm a little skeptical that the sound quality will hold up as well for me on my home stereo. Perhaps the best part of the beautifully executed box that the remastered set comes in is that there is room in it for a CD-R needledrop of the album.

Update: After listening to the album on the stereo I suspect only the very pickiest of audiophiles would seriously object to the sound quality of the remaster. Despite the fact that it is more compressed than what I would consider ideal, the overall result is still very good.
Posted by Pete Bilderback at 2:11 PM

Fables is a special album; it's more or less where I came in too. If I can find the reissue for under $20, I'll pick it up, until I can't stand it anymore and get it for list anyway.

i like this post very much. I think of 'Fables' as a big turning point in music culture. I was class of 82 and grew up with Kiss, Nugent, Stones etc. We all loved that music so much. Then like many people I went to the dollar movie one summer and saw 'Rock and Roll High School' and that changed everything. But North Dallas was not ready for any kind of new music around that time (1980-82) My few friends and I would get harassed at school for wearing Clash and Ramones Tshirts and spiking our hair. It just wasn't done. It was a weird and totally outsider thing to do. We took shit for listening to some of the best music being released at that time! I had a little sister three years younger. As the years past, it seemed her friends were all cooler about the new music. I remember in 85, she had a party and all her friends were listening to Fables and very, very into it and I thought 'Gawd, look at this, it's finally safe to listen to cool music in North Dallas."

Waylon, awesome comment. I know what you are talking about. I'm a little younger than you, but I totally understand what you are talking about. I remember observing the same things. One thing I noticed with people my age is that often if a guy had an older brother (say 3-5 years older) he would be very resistant to new music because his big brother would have kind of indoctrinated him into the "classic rock" culture. Led Zep, AC/DC, etc. were cool, but The Ramones, Sex Pistols, Clash, etc. were NOT. The success of R.E.M., and to an even greater extent later, Nirvana, changed that a good deal.

Update: thanks to a Best Buy gift card, I am now in possession. Quick thoughts:

1. This could have been easily packaged like the Deluxe Editions of Murmur and Reckoning. But this band does have to be different, don't they?
2. The demos show that the songs were more or less fully formed before they got to London.
3. Can't wait to see what they'll do for the anniversary edition of Lifes Rich Pageant.
4. Full review coming soon to Everybody's Dummy!

Wardo, thanks for the thoughts. Part of the reason for the different packaging is the label shift. Murmur and Reckoning belong to Universal, who have a standardized packaging format for deluxe editions, while EMI (who controls Fables through Document) does not. The band probably had a little more freedom to do the packaging the way they wanted to here.

I agree about the songs being more or less fully formed at the demo stage. They are a little rough in spots, but the arrangements did not change much on the finished album.

Looking forward to reading your review.

Ace album unfortunatly much of what they done after Lifes Rich Pagent i can't enjoy.

I love how this album seems to be a love letter to the american south a place full of hardship and offbeat characters.

I was a fan of these guys from the beginning, got a chance to see them live on the Pre-construction tour. It was great hearing the album for the first time a month or so later and being able to pick out the songs I'd heard live (most of the album, plus "Hyena" and a rambling story by Stipe explaining the lyrical origins of that song). The show opened up w/ loud train sounds, and then the opening notes of "Feeling Gravity's Pull". Very powerful stuff. Still an amazing album.

Maybe the best REM record, and this was out when I (belatedly) discovered them... Love the gloomy, weird, insular production and songs like Driver 8 and Green Grow the Rushes.

DFor those interested in Joe Boyd -- his book "White Bicycles," is about the 60s and early 70s -- through the death of Nick Drake, roughly -- and I will second Brian Eno's statement that it is one of the best books about music I've read in years.

I'll have to pick up White Bicycles.

I remember seeing "Can't Get There from Here" on MTV and it was a life-changing experience for me. I probably wouldn't be visiting this blog right now if it weren't for the Fables cassette that I bought as a fifteen year-old teen. It was always my favorite R.E.M. album. I'll have to get the CD...thanks.