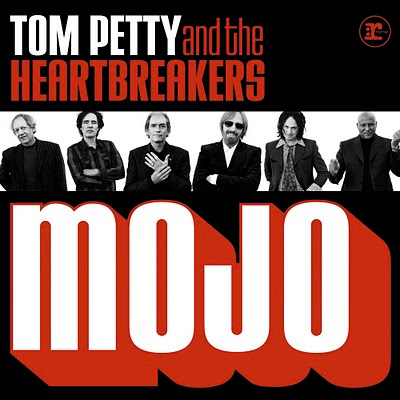 I recently picked up Tom Petty & the Heartbreakers' new album Mojo on LP. I was curious to see that unlike the Mudcrutch album and most of the other recent Warner Bros. LPs I have bought, Mojo did not come with a bonus CD. Instead it had a coupon for a free download.

What's that you say? "How dare Tom Petty only offer a crummy, lossy compressed MP3 download instead of a 'full resolution' CD?"

Not so fast there mister.

Yes, you can download lossy compressed (and dynamically compressed) 320kps MP3s, but Warners also gives you the option of downloading the album in the Apple Lossless (ALAC) format, and this gives you resolution that is identical to the commercially released CD.

Okay, I hear you now. "Oh great, so I can get the album in CD resolution, but it will still be dynamically compressed just like the commercial CD."

Just a second there Mr. Complainy Pants, I wasn't finished.

While the ALAC version is the same as the dynamically compressed CD, Warners has also made a 24 bit/48 kHz FLAC download available. The FLAC version not only features a higher bit and sampling rate than is possible with CD, it also contains the dynamically uncompressed master that was used to cut the LP (and the BluRay release). In effect, Tom Petty and Warner Bros. are allowing you to download the original album master so you can hear the music just the way the band did in the studio.

"Well that's all fine and well," you say "but why didn't they give us a higher resolution version recorded at 96 or 192 kHz?"

Okay, I have to say, you are really starting to get on my nerves, but the answer to your question is that the album was recorded (totally live in the studio) at 24 bit/48 kHz, so this is the highest resolution available (and it sounds amazing by the way).

I was able to download all three versions of the album (MP3, ALAC & FLAC). I compared the LP to the 24/48 digital files, and they sounded pretty near identical to my ears. I guess that means that my turntable is doing its job pretty well, since the LP was cut from those files. I listened to the MP3 version in my car, and it sounded very good in that environment. While the CD and MP3 versions have been dynamically compressed compared to the LP, BluRay and FLAC files, it should be pointed out that even in that state Mojo still has a large amount of dynamic range relative to other contemporary rock releases.

Of course sound quality wouldn't matter in the least if the album didn't deliver the goods musically, so the really good news is that the music on Mojo is terrific. Petty seems to have been energized by the Mudcrutch reunion, and Mojo was recorded completely live in the studio just as Mudcrutch's "debut" was. The songs lean heavily on the blues, and one track sounds just like prime Led Zeppelin (albeit with Petty, not Plant on vocals). I don't want to give a blow-by-blow account of the album, so suffice to say if you are a fan of Tom Petty, I doubt Mojo will disappoint you. If you are not a fan of Tom Petty, Mojo probably won't be the album to win you over either (for that, go pick up Wildflowers).

Once again, Tom Petty has put together a really nice LP package that shows that he is one of the few contemporary recording artists who both really cares about sound quality and has the clout to deliver great sounding recordings to his fans. So do I have any complaints? Just one. I wish Warner had made the hi-rez, uncompressed FLAC files available to those who purchase the CD as well so they can hear what they are missing out on.
Posted by Pete Bilderback at 11:25 AM

Thanks for confirming that the download is 24/48. Now I will order. It would be great if Petty and Warner Bros took another step forward and just offered the hi-res download. Me, I will buy the Blue Ray, toss it aside, and get the FLAC download to my music server.