Yesterday in the car my four-year-old daughter said to me "Daddy, I've been talking to the Easter Bunny, and he thinks you and Mommy are Santa." All I could think to say in reply was "Why on earth would the Easter Bunny tell you a thing like that?"

Anyway, thinking back on it, I can't remember a time when I actually believed in Santa Claus. Maybe I did at some point, but the earliest thing I can remember thinking about Santa was that it was a cute story that I should play along with because it made my parents happy. Actually, that's going too far. I certainly enjoyed playing along too. And maybe there was a part of me that wanted to believe. Maybe there was even the tiniest part of me that did believe. Maybe.

I remember one year my Dad climbed up on the roof of the our house on Christmas Eve and stomped around and shook some sleigh bells while my brother and I were in bed. I didn't for a second believe Santa and a bunch of flying reindeer had landed on our roof. On the other hand, the fact that I knew it was my Dad didn't make it any less exciting for me. I was practically peeing in my pajamas in anticipation of the next morning. And I only loved my Dad more for going to such extraordinary lengths to preserve such a fantastic fiction. And even though I knew the "truth," I never felt like I was being "lied" to either.

Despite my premature skepticism, or perhaps because of it, I insisted that I really did believe in Santa until a much older age than most kids. I remember coming home from school and saying things like "some of the kids say they're no such thing as Santa, but I know they're wrong." To this day I don't think I've once told my parents I don't believe in Santa Claus, and if they asked me tomorrow, I'd probably still tell them I did. Maybe that's because I still want to believe. Or maybe it's because there is some tiny little part of me that still does. Maybe.
Posted by Pete Bilderback at 3:46 PM 3 comments:

Email ThisBlogThis!Share to TwitterShare to FacebookShare to Pinterest
Labels: Friends and Family

The Ghosts Of Christmas Past, plus Snuky Tate! 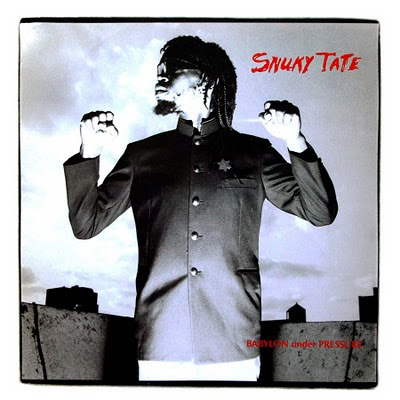 I re-uploaded my Holiday compilations from 2008 and 2007 for a limited period of time. [Limited period of time now expired, sorry.] Download links can be found in the original posts. There's lots of Holiday fun from the likes of The Sonics, Detroit Junior, Bud Logan, The Louvin Brothers, Beck, Milton DeLugg and his Little Eskimos, Sonic Youth, Redd Kross, Shonen Knife, George Jones and others.

As an added bonus, here's a rather strange Christmas track from Snuky Tate. How do I describe Snuky Tate? Snuky started out as a punk rocker, but by the time he released his first album, BABYLON under PRESSURE, on Chris Stein's Animal Records in 1982, he was making music that was pretty hard to categorize. No Wave Reggae maybe? "Afreakmas" melds African style percussion and chanting with Christmas bells and a jubilant Yuletide message. "Merry Christmas? Merry Everything!"

Snuky has a Facebook page, despite having passed on in 1998. Lots of people stop by his page and say things like "Hey Snuky, remember me from that gig in Toronto in 1978?" even though the page is quite clear about Snuky's current whereabouts. I guess it is too much to expect Facebook to have an I.Q. requirement, since you apparently don't even have to be a living person to have an account.
Posted by Pete Bilderback at 3:04 PM No comments:

a different kind of christmas 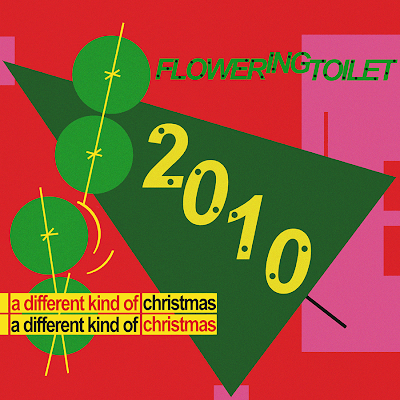 I skipped out on doing a Holiday compilation last year, but I wanted to do one again this year. You can download (or just listen to) some of the songs from the compilation below, or you can grab the whole thing from one of the two links below: [Songs and links deleted, sorry.]

2. "Santa Claus Is Coming To Town" - Woody Herman & His Orchestra
One of the most beloved Christmas songs, "Santa Claus Is Coming To Town" raises some troubling questions about Santa Claus that are rarely addressed in our consumerism crazed society. Namely, are the presents that we get from Santa on Christmas worth the price of having our privacy invaded all year long? I thought about this a lot when I was a kid, I mean the dude sees everything. That was something that was always very difficult for me to come to terms with. But as we get older we become more sophisticated and find other things to worry about. Like for example, even if we trust Santa Claus, how can we be sure that the data that he collects on us is secure and won't fall into the wrong hands? I mean, it's one thing to end up on Santa's naughty list and get nothing but a lump of coal on Christmas morning, but what if one of Santa's elves leaks the naughty list to Julian Assange? Do I really want the whole world to find out I've been naughty via Wikileaks?

3. "Jingle Bells" - Benny Carter & Swing Quintet
Another swinging visit from the Ghost of Christmas Past.

9. "Santa Claus Is Comin' To Town" - Esquivel
I find the civil liberties issues raised by Santa's data mining techniques so troubling that I included a second version of this song on this year's compilation. Think about it people.

10. "Rocking Disco Santa Claus" - The Sisterhood
The American Song-Poem Christmas: Daddy Is Santa Really Six Foot Four? is one of my favorite Christmas albums, and I give it my highest Yuletide recommendation. Drawn from "song-poems" written by regular folks and performed by bored studio musicians, I find many of these songs both fascinating and strangely touching.

17. "Hark The Herald Angels Sing" - The Fall
Did I ever tell you about the time I went on a beer run for Mark E. Smith? Someday I will.

18. "Reindeer Boogie" - Hank Snow
Another popular formula for Christmas songs is to do a seasonal take on one of your big non-seasonal hits. So if you're Carla Thomas you might turn "Gee Whiz (Look At His Eyes)" into "Gee Whiz, It's Christmas." If you're Hank Snow you might rework "Rhumba Boogie" as "Reindeer Boogie." How could you resist?

21. "Santa Came On A Nuclear Missile" - Heather Noel
Another one from the American Song-Poem Christmas compilation. I don't even know what to say about this song. You just have to hear it.

22. "Monster's Holiday" - Bobby Boris Pickett & The Crypt Kickers
At first blush this might look like another attempt to transform a prior hit into a Christmas favorite. But what would you say if I told you that "Monster's Holiday" actually pre-dates "The Monster Mash"? If you said, "I think you're pulling my leg," you would be right.