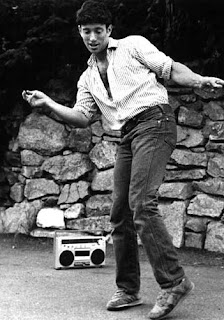 Happy 60th Birthday, Jonathan Richman.
Posted by Pete Bilderback at 9:18 AM No comments: 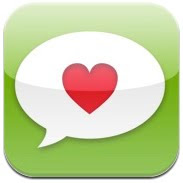 Hype Machine, the music blog aggregator, has just launched a new iPhone app. So now if you want to listen to music from Flowering Toilet (or your favorite music blog) on the go, you can.

Here is how Hype Machine describes the app:

"The app is simple - it turns music blogs into mobile radio stations. You can listen to a skippable radio stream by every blog we monitor, as well as the popular or most recent posts across the site, and read each blog post. There are also genres and personalized features that create streams based on your usage of The Hype Machine and the blogs you follow. We've taken this radio approach because it offers a different experience from both browsing the site and reading a music blog on the go - in the app, the new stuff comes to you, instead of you having to search."

This isn't really my kind of thing, but I thought some of my readers might be interested to know about it, so there you go.
Posted by Pete Bilderback at 11:15 AM No comments: 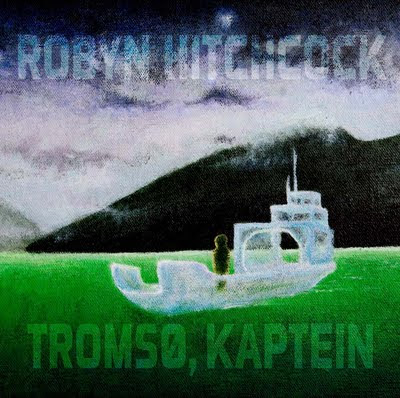 I feel like I have crossed some invisible--perhaps imaginary--threshold with my recent purchase of Robyn Hitchcock's new album, Tromsø, Kaptein. Rather than ordering the album on CD, I chose to buy the (lossless) FLAC download. For the first time, I skipped the physical release of a Robyn Hitchcock album. Of course I've bought digital albums in the past, but doing so for a major (for me) artist like Robyn Hitchcock feels somehow different.

It's a sensible choice, but it still somehow feels a little strange. But (with shipping) the CD would have cost me over $20 (there was no vinyl release of this album) and the FLAC download was $11. So purely from an economic standpoint, my decision makes sense.

The were other factors in play however. The last Hitchcock album I bought on vinyl, Goodnight Oslo, despite being well-mastered and virtually free of clicks and pops, was something of a disaster sonically. I pre-ordered it from Yep-Roc, and when I got the vinyl in the mail, I found side two was pressed well off-center, leading to audible warble. Yep Roc kindly mailed me a replacement copy, and I mailed the defective LP back to them. Unfortunately, my replacement copy had the exact same problem. I then bought another copy at my local record shop, and when it too featured an off-center side two, I gave up, and have mostly listened to the MP3 that came as a bonus with the vinyl.

It's hard not to think about the environmental impact of my old-fogeyism in this case. How much larger was the carbon footprint of my multiple vinyl purchases than if I had just settled for a download in the first place? There is the carbon emission associated with producing three slabs of vinyl, plus the emissions associated with shipping it back and forth. It's gotta add up, right? How many icebergs need to melt for me to continue feeding my vinyl habit when there are other options available?

After that experience, I passed on the vinyl edition of Robyn's next album, Propellor Time, and simply purchased the CD at my local record store. But I don't think I listened to the CD in the traditional sense once. Don't get me wrong, I've listened to the album numerous times, but that has either been on my laptop music server or on my iPod. The CD has done little more than gather dust in a drawer after being ripped (losslessly) to iTunes.

All of which left me questioning the wisdom of paying twice as much for a CD as for a FLAC download that is bit-for-bit identical to the data encoded on the CD. I had to convert the FLAC files to a format that iTunes recognizes in order for them to be useful to me, but that wasn't hard.

So now I have Robyn's new album with sound quality that is equal to the CD, and the carbon footprint of my purchase is much smaller than it would have been otherwise. Allow me to pat myself on the back in typical American self-congratulatory fashion for being a friend to the planet and a defender of the icecaps. I am the Greatest American Hero. I spit on the rest of you and your decadent, wasteful ways.

The downside is that I have no fucking clue who plays on the album. There are some enchanting female backing vocals as well as some lovely string bass, but I have no idea who is responsible. A Google search revealed all kinds of places to download the album illegally, but no details on who plays on it (Paul Noble produced, I can tell you that).

The album itself is fantastic. I would put Hitchcock's body of work from Spooked to the present up against any other period of his career. In fact, this may be the best stretch he's had overall, even if none of the albums quite match something like Underwater Moonlight. Highly recommended.
Posted by Pete Bilderback at 11:54 AM 12 comments: