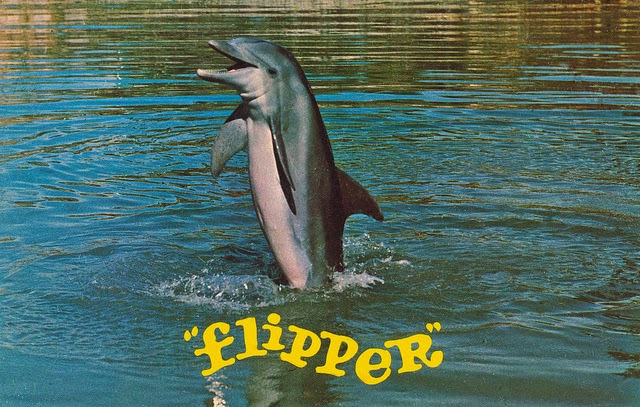 I see grumbling along these lines every year: "Record Store Day is supposed to be about getting people back into brick and mortar record stores, but everything just ends up on eBay for crazy prices. eBay flippers have ruined Record Store Day for everyone!"

It's a fair point, and one that has gotten a lot of attention this year especially after Stereogum listed "The 10 Most Expensive Record Store Day '14 Flips On Ebay," and Paul Weller, disgusted by eBay profiteering, announced he would no longer participate in Record Store Day in the future. Stories like these might lead you to conclude that everybody that waits in line on Record Store Day is doing so merely to flip what they buy on eBay for big profits. But is that really what's happening?

First off let me state that if you waited in line on Record Store Day and missed out on a release you really wanted, only to see it going for high prices on eBay, that's really annoying. I'm sorry that happened to you. But if you take a step back and look at it statistically, I think you'll see that eBay sales, while numerous and sometimes profitable, only account for a small percentage of Record Store Day action.

Let's take one release as a case study. It's one I was very happy to score a copy of, and seems to have generated a lot of post Record Store Day eBay sales: Devo Live At Max's Kansas City, November 15, 1977. 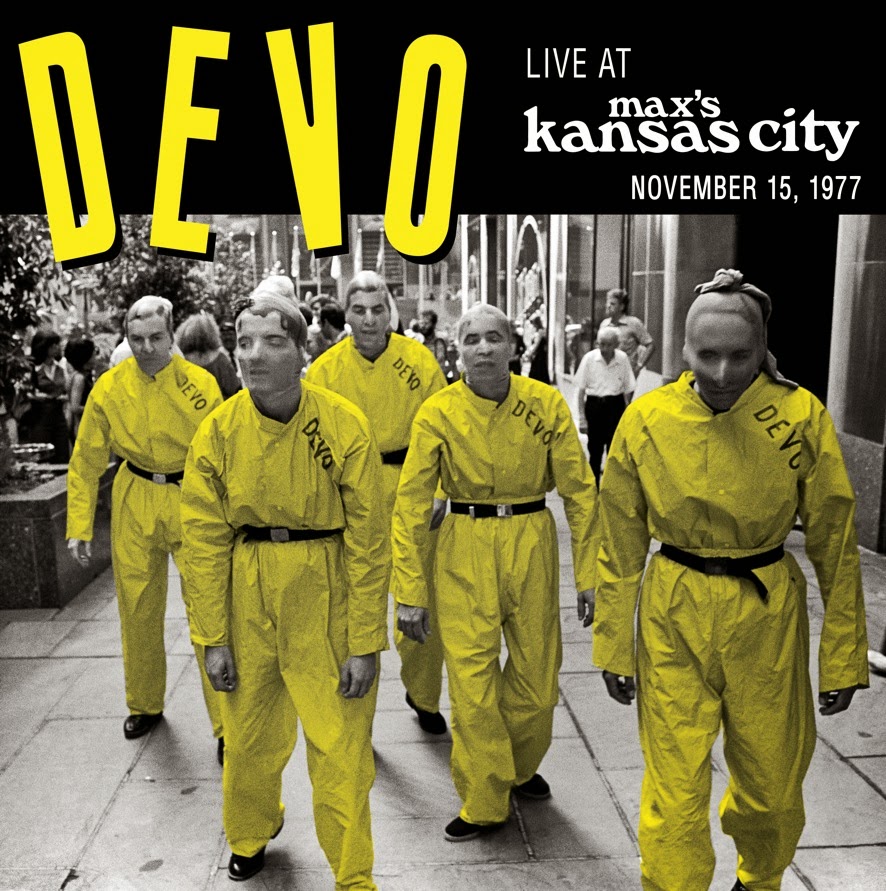 So far, by my count, 119 copies of this release have sold on eBay for prices ranging from a high of $107.50 to a low of $32 (I bought mine at retail for $20). In addition, there appear to be 28 copies currently listed for sale on eBay. That's a total of 147 copies sold or listed on eBay so far. That's a lot, but considering the release was limited to 2,000 copies it still only accounts for about 7.4% of the total. The vast majority of the other 1,853 copies have likely made it into the praying hands of happy Devo fans or are still sitting in brick and mortar retailers waiting for happy spud boys and girls to discover them. Of course it's likely that more copies will find their way onto eBay in the future, but I doubt it will ever amount to more than say 15% of the total pressed.

By contrast, a less in demand title like Grant Hart's Every Everything LP+DVD set has generated a mere 15 sales on eBay so far, but I was no less excited to score a copy of it on Record Store Day. There are currently another 11 copies for sale on eBay (some with a "buy it now" price below what I paid in store last Saturday). Despite the fact that only 1,500 copies of this title were pressed, eBay sales account for less than 2% of the total at the moment. 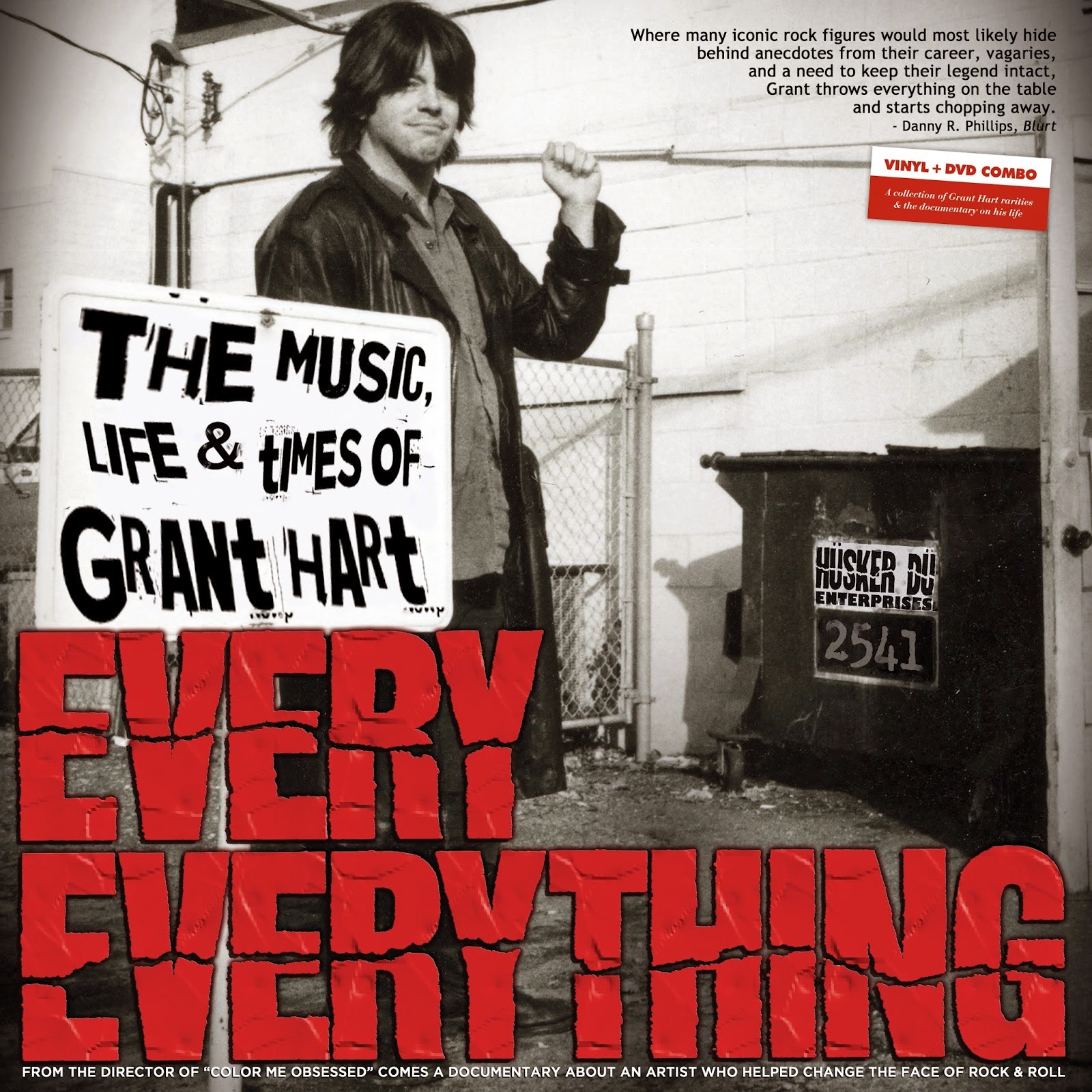 It would take a far more patient person than myself to do a rigorous statistical analysis of what percentage of Record Store Day releases end up being flipped on eBay. I'm fairly confident however that the actual number would be fairly small, likely below 10%.

I realize this is cold comfort to you if you missed out on the one Record Store Day 2014 release you really wanted. If you find yourself in this situation, I would urge you to be patient. Every year immediately after Record Store Day certain items go for big money on eBay, and every year those prices come back down to earth within a week or two. Before bidding on eBay, I would recommend calling some record stores listed in the Record Store Day registry and ask if they still have copies of what you want in stock. You would be surprised how much Record Store Day inventory (even the more in demand titles) doesn't sell on Record Store Day. Bigger stores like Bull Moose and Amoeba list their unsold stock online the day after Record Store Day for retail price (plus shipping of course). If you do end up going the eBay route, I strongly recommend waiting a week or so when there is a very good chance you'll find what you want for only a moderate markup.

I've helped out at my local independent retailer--In Your Ear Records in Warren, RI--the past few years, and I've seen first hand that they do an enormous amount of business on Record Store Day--far more than normal. Most of people who come into the store seem only marginally interested in the limited edition Record Store Day releases, and are happy to browse and soak up the fun ambiance of the day as local DJs spin tunes and local artists play their music. Many of these customers come to the counter with large stacks of new and used records and/or CDs. Hopefully some of them will come back on other days of the year.

The folks who run Record Store Day have penalties in place for record stores that flip on eBay (they can lose ordering privileges), and most record stores limit the number of copies of Record Store Day merchandise individual customers can buy. Beyond that, there is very little that can be done about eBay flipping. All other solutions amount to throwing the baby out with the bathwater. The bottom line is that Record Store Day really has been good for record stores (if it weren't, you would see more stores refuse to participate) and eBay flipping is little more than a minor sideshow (albeit an annoying one). And if you're desperate for the R.E.M. Unplugged box set, remember it's going to be released digitally eventually anyway.
Posted by Pete Bilderback at 1:14 PM 2 comments:

Here's the first hour of the set I DJ'd at In Your Ear Records for Record Store Day. Unfortunately, if you wanted to hear the part where I played the Fat Boys you had to have been there. Let that be a lesson to you.

Posted by Pete Bilderback at 10:57 AM No comments: 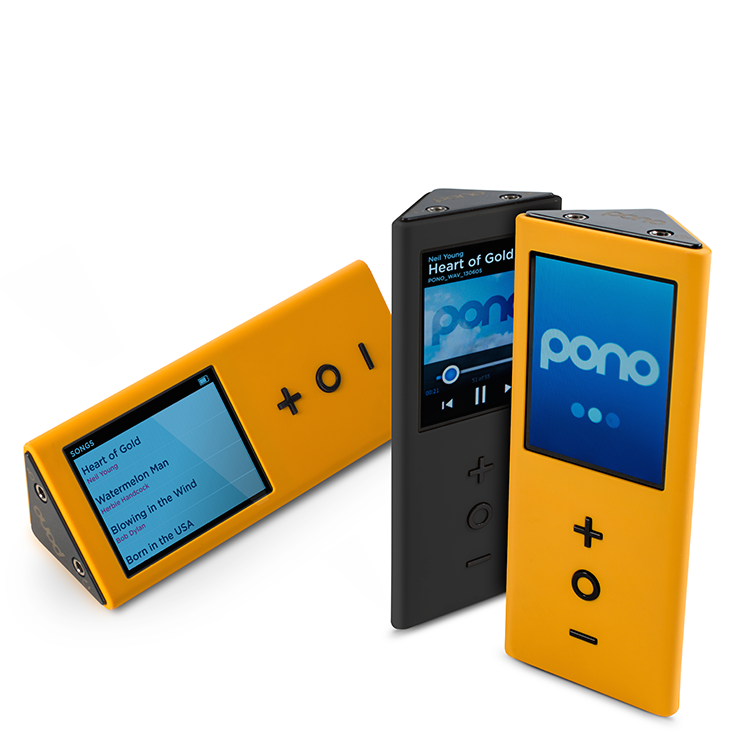 In my last post about PonoMusic I expressed skepticism about whether their music files would actually sound significantly better, and criticized them for what I consider misleading advertising as it pertains to "high-resolution" digital recordings. I also promised to keep an open mind, and today I want to entertain the possibility that PonoMusic might end up being a good thing for sound quality despite my skepticism.

So far all of Pono's marketing as it pertains to the sound quality of the music they will be selling has focused on the sampling rate and bit depth of digital recordings. Again from their FAQ:

IS PONOMUSIC A NEW AUDIO FORMAT? WHAT ABOUT PONOMUSIC QUALITY?

No.  We want to be very clear that PonoMusic is not a new audio file format or standard.  It is an end-to-end ecosystem for music lovers to get access to and enjoy their favorite music in the highest resolution possible for that song or album.  The music in the PonoMusic.com store is sold and downloaded in industry standard audio file formats.

The PonoMusic Store uses FLAC (Free Lossless Audio Codec) audio format as its standard, for compatibility, although the PonoPlayer can play most popular high-resolution music formats from other sources.  PonoMusic has a quality spectrum, ranging from really good to really great, depending on the quality of the available master recordings:

In short, what this is telling us is that Pono will not be offering any kind of breakthrough in digital music technology. 192 kHZ/24bit PCM digital audio has been available in some form or another to consumers at least since the introduction of DVD-Audio nearly 15 years ago. There are already other digital music retailers that offer high-resolution digital music files for download. Likewise, the FLAC format is something of an industry standard for lossless compressed audio (although someone might want to alert Apple to that fact).

This is actually a good thing. The last thing we need at this juncture is a new digital format that isn't compatible with other players or current stereo equipment. Pono has not reinvented the wheel here, and there is no reason why they should. The music from their store will likely work with the equipment you already have (if you are an iTunes user you'll need to convert those FLAC files to something like AIFF or Apple Lossless files, but that is a topic for another day). In addition, their player will play the digital files you already own, as they have promised support for most varieties of PCM based audio files, including the kind Apple currently sells. In my view these are both sensible choices.

So if PonoMusic will not be offering anything new under the sun, why do I hold out hope that their product might actually lead to better sounding music for consumers? The answer, ironically, lies with the precedent set by Apple with their "Mastered for iTunes" program. Mastered for iTunes is a set of tools and best practice standards that Apple has made available to labels to create better sounding iTunes music files. I encourage you to read PDF Apple has made available on mastering music for iTunes, as it contains a set of common sense guidelines without excessive marketing hype. It suggests to me that Apple has a very good understanding of what some of the real problems with current digital music are: namely, excessive use of dynamic range compression and digital clipping. It has been my experience that the care that goes into making music sound its best at the mastering stage matters more (much more) than the eventual sample rate and bit depth delivered to the consumer.

It has long been my view that the mastering process is the critical phase in music production that really needs to be addressed and improved. By and large it is at the mastering stage where sound quality is really getting messed up these days. I applaud Apple for taking steps to address this problem.

If Pono were to issue a similar set of guidelines to labels on best practices for mastering audio for PonoMusic, I think there is a real possibility it could result in better sounding digital music releases. Were Pono to leverage its influence to urge labels to ease back on dynamic range compression, avoid digital clipping, and not apply excessive frequency equalization, it would result in audibly better sounding music and differences that really could easily be heard even at CD level (44.1kHZ/16bit) resolution. Perhaps they could create some catchy name like "PonoApproved" for digital albums that meet their sound quality standards.

Now, to be clear, I don't have any special reason to think this will happen, and given Pono's exclusive focus to date on sampling rates and bit depth as the drivers for better sound quality, I am not particularly encouraged. But some precedent for this kind of thing does exist. Also, if PonoMusic is successful, it could push other digital music retailers like iTunes to offer higher quality, lossless, downloads as an option for consumers. All these things would be very welcome developments, and I'm happy to wait and see how things shake out before issuing any final judgement on Pono. I remain skeptical, but I wish Neil Young and Pono luck in their stated goal of making digital music sound better. If they are serious about it they must take steps to demand better sounding masters from record labels, and if they succeed in doing so we all stand to benefit.
Posted by Pete Bilderback at 10:06 AM No comments: