Omnivore's comprehensive reissue campaign of Scott Miller's seminal 80s band Game Theory continues on November 24th with the reissue of the band's 1984 French compilation LP, Dead Center. Omnivore will also reissue the two EPs that much of Dead Center's material was drawn from, Pointed Accounts of People You Know and Distortion, on 10" vinyl EPs for Record Store Day Black Friday on November 28th. The music on these releases represent a critical, but often overlooked, period in Game Theory's history.


Game Theory followed their home recorded debut, 1982's Blaze Of Glory, with a studio recorded six-track EP, Pointed Accounts Of People You Know in 1983. This was followed in 1984 by the Michael Quercio produced, five-track EP, Distortion in 1984. Both these EPs were transitional efforts that featured some outstanding new songs from rapidly maturing songwriter Scott Miller, including the wistful "Penny Things Won't" and "Metal And Glass Exact" from Pointed Accounts, and "Nine Lives To Rigel Five" and "The Red Baron" from Distortion. These are brilliant songs that can stand proudly alongside anything that came out of the American independent underground in the 1980s and remained staples of the band's live sets for years. "College Rock," "Alternative," "Indie Pop," "Power Pop," "Paisley Underground," call them whatever you want, these songs conform in some ways to each of these labels but are also what Duke Ellington liked to call "beyond category" (his highest compliment and mine).


The EPs also feature several songs from the band's bass player Fred Juhos, including "I Wanna Get Hit By A Car" from Pointed Accounts and "Kid Convenience" from Distortion. Juhos was a fine songwriter, but he was not Miller's equal, and his songs do not always sound of a piece with Miller's which gives the EPs a slightly disjointed quality. There are worse things than a young band with two talented songwriters moving in different directions.

Later in 1984 the French label, Lolita, who had taken an interest in the California "Paisley Underground" scene to which Game Theory was tangentially connected, decided to re-release some of the EP material on a compilation LP. Dead Center includes two songs recorded specifically for the LP, "Dead Center" (which had also been released in an entirely different version on a flexi disc) and a cover of The Box Tops' "The Letter." All of Juhos' material, save "37th Day" was dropped from the LP, and the result is a more coherent sounding release, which one could almost consider Game Theory's second album, depending on how much of a discographical purist you are.


Omnivore's reissues of Pointed Accounts Of People You Know and Distortion will be available only on vinyl, and will match the track listings of the original releases precisely. Omnivore chose to break from strict historical accuracy by shrinking the records' size from 12" to 10" and pressing them on colored vinyl. Each EP will include a digital download card that allows the purchaser access to MP3s of the recordings featured on the EPs, plus the eleven bonus tracks featured on the Dead Center reissue (more on that in a moment). These are being released as part of Record Store Day's Black Friday event and will be limited edition pressings.

Dead Center will be reissued on CD only with slightly different artwork than what was featured on the original Lolita LP. The Dead Center reissue does not feature any of the Fred Juhos penned songs from the EPs (my understanding is that this was done by Fred's request), and will include all of the Scott Miller songs from the EPs, plus the two songs recorded specifically for the LP. It also includes 11 bonus tracks, 10 of them previously unreleased. These include live cuts, covers (including Badfinger's "No Matter What," Roxy Music's "Mother of Pearl," R.E.M.'s "Radio Free Europe," and Them's "Gloria"), as well as the flexi disc version of "Dead Center." If you are confused, that's perfectly understandable. I present the track listings for each release below.

UPDATE 11/28/2014: The MP3 downloads for the two RSD EPs contain the contents of respective EPs only (no bonus tracks).

Side 2:
1. KID CONVENIENCE
2. TOO LATE FOR TEARS
Posted by Pete Bilderback at 8:48 AM No comments:

Ch-ch-ch-changes...David Bowie fan club flyer from 1977. This came with some original copies of his brilliant Low album. Adjusted for inflation the $5 membership cost would be $19.64 today. 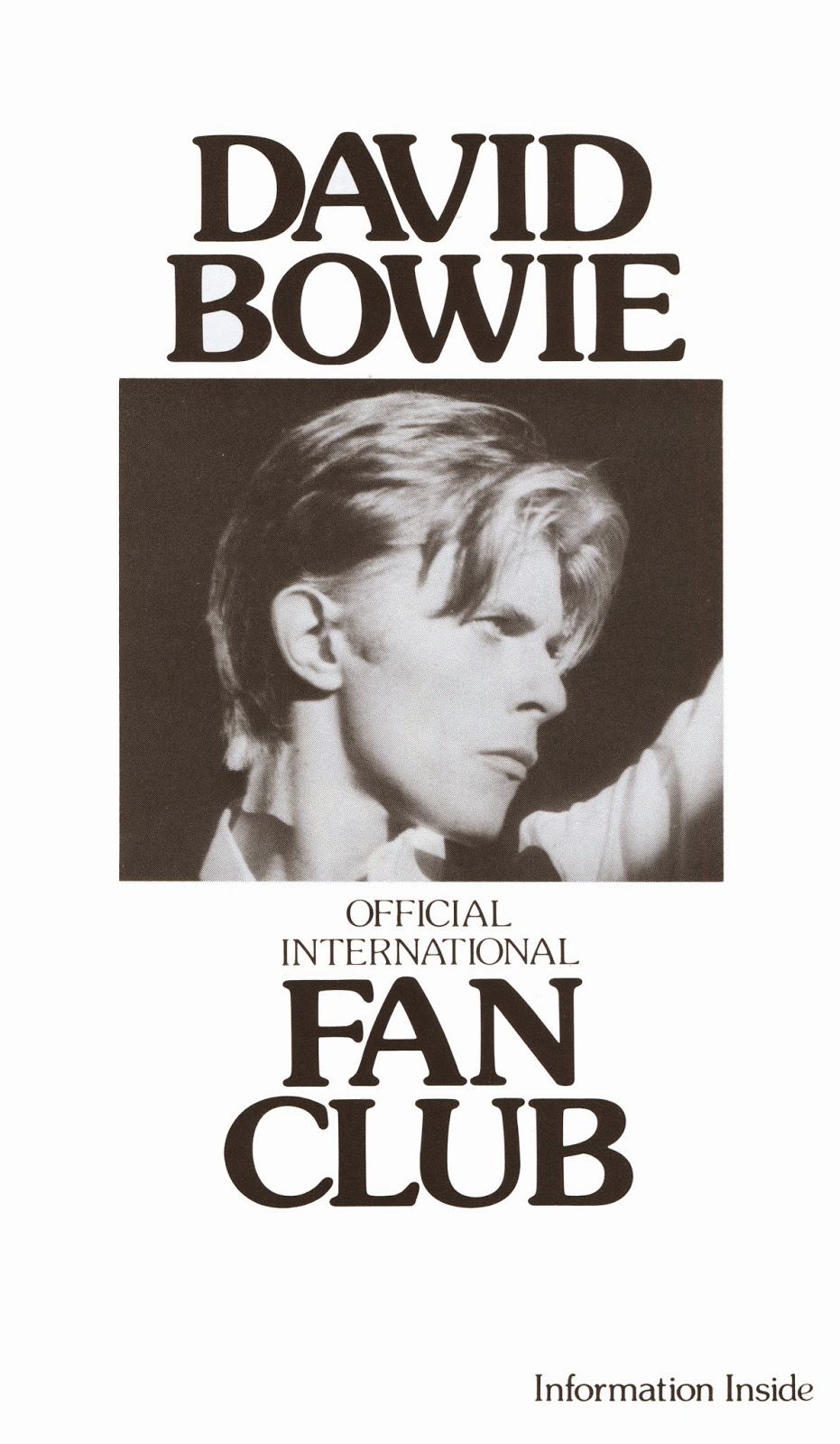 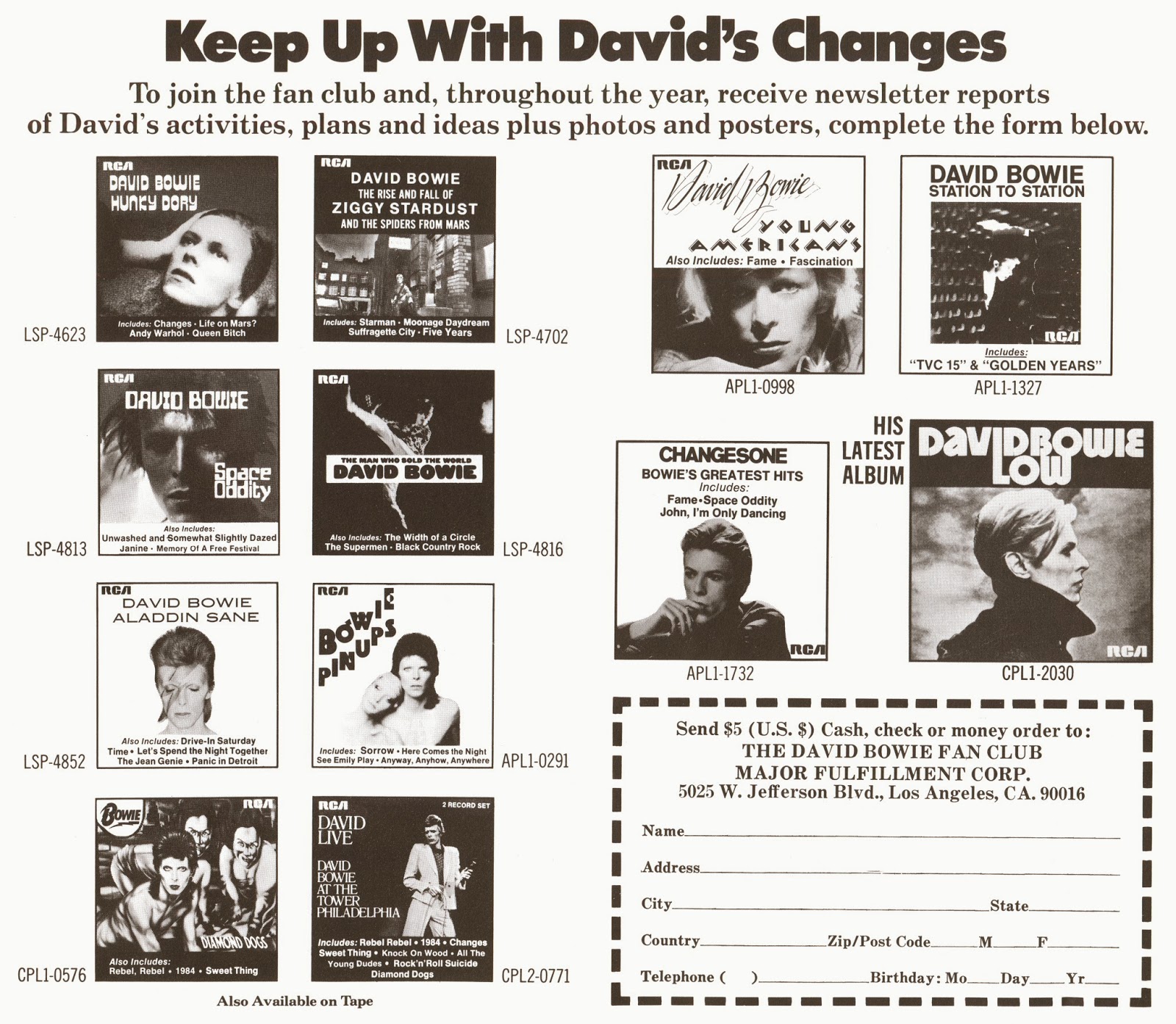 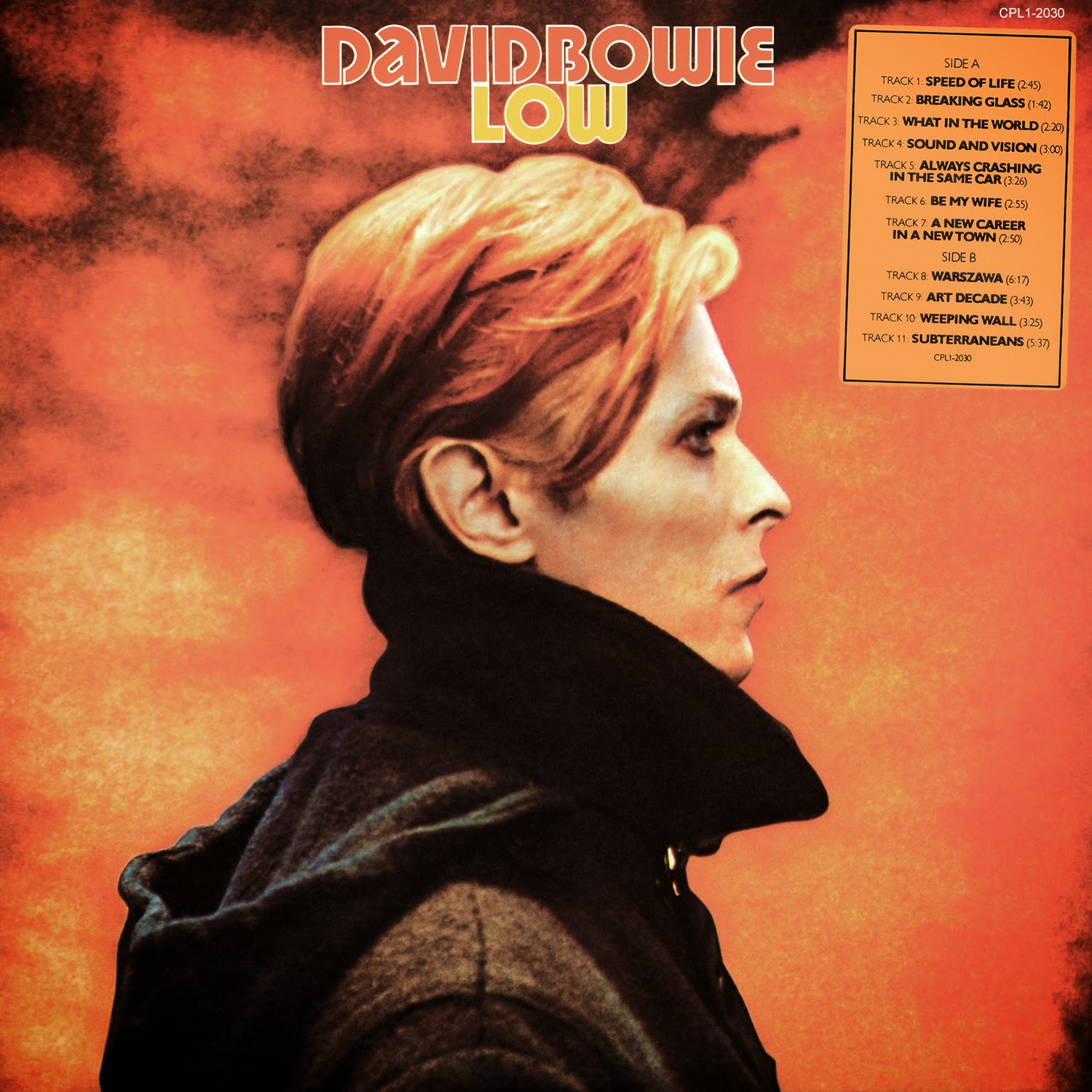 Posted by Pete Bilderback at 8:46 AM No comments:


This was my latest DJ set. I stuck mostly to R&B and Soul rather than my usual mix and match approach.

Fire records will release a compilation of the sessions The Chills recorded for the BBC on November 3rd, 2014. The Chills recorded three separate four-songs sessions for the BBC in 1985, 1987 and 1988, and all three sessions are fully accounted for on this release. This is great news for Chills fans, as the band's studio releases did not always capture the full power of which they were capable due to the limitations of the studios they worked in, and some occasionally questionable production decisions.


Posted by Pete Bilderback at 1:15 PM No comments: