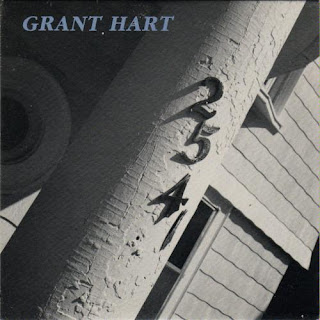 Grant Hart has not been what you would call prolific since the breakup of Hüsker Dü, releasing a mere four studio albums (solo and with Nova Mob) since the band's 1987 demise. When you go five to ten years between releases, people tend to forget about you, which is a shame because everything Hart has released is well worth hearing. For those of you who lost track of Grant Hart over the years, I highly recommend his last solo album, 1999's Good News For Modern Man.

As excellent as Good News was, I want to get away a little further back in time...back to 1988 when the shockwaves from Hüsker Dü's breakup were still resonating throughout the indie-rock universe. Grant Hart fired the first shot across the bow in what everyone assumed would be an intense competition between estranged bandmates Hart and Mould with the release of the 2541 EP.

It's hard for me to believe that this EP is now 20 years old, and that I am 20 years older than when I first heard it. The largely acoustic nature of the EP was not a shock (at least not to me). Given how acrimonious the Hüsker's breakup was, I assumed both Mould and Hart would try to move as far away from the punishingly loud sound of Hüsker Dü as possible.

Hüsker Dü bassist Greg Norton has called Mould and Hart indie-rock's answer to Lennon/McCartney. Personally, I loathe the Lennon/McCartney comparisons that inevitably dog any band with two songwriters. Most of the time the comparison doesn't really fit, and worse it tends to play into the most facile dichotomies imaginable (bitter/sweet, words/melody, angry/cute, deep/shallow, etc., etc.). Nevertheless, Hart seemed intent on cementing his reputation as the McCartney half of the duo by releasing (almost) entirely self recorded music in the wake of the band's bitter and contentious breakup (2541 and the outstanding follow-up LP, Intolerance). 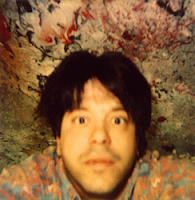 "2541" has always been interpreted as being as much about the breakup of Hüsker Dü as it is about the end of a love affair. Of course it is absolutely about both of those things, but Hart reveals in a recent feature in Mojo that the song was actually initially written for Hüsker Dü. Apparently, Mould refused to record it because he felt it sounded too much like a particular Simple Minds song. I couldn't even offer a guess as to what Simple Minds song Mould had in mind, but I would point out that "2541" was covered by both Marshall Crenshaw and Robert Forster (two guys who know good songwriting when they hear it). I would say that Hart's position is more than vindicated in this case. I like this version better than the one that showed up on Intolerance (and if what I read on the internets is true, so does Hart).

"Let Go" sounds like an answer to Hart's Flip Your Wig classic "Keep Hanging On." Where "Keep Hanging On" is about finding the power to persevere in the face of adversity, "Let Go" is about the libratory power that can be found in giving up. It's about recognizing that you've been hanging on to something that doesn't work for you any longer for too long--whether it's a relationship, a band, or life itself--and realizing it's time to let go and move on. With its references to suicide and stealing Oreos, the song is simultaneously dark and goofy. This has never been considered one of Hart's better songs, but 20 years later it's worth listening to again.

In the Mojo feature on Intolerance Hart, not surprisingly, reveals that much of the content on his first solo album dealt with his experiences with drugs, particularly his struggle with heroin addiction in Hüsker Dü's final days. That connection was driven home by his cover of Love's "Signed D.C." at a BBC session and released as a b-side of a single.

Hart reportedly plans to release a new solo album this year.
Posted by Pete Bilderback at 10:50 AM

I just picked up a second-hand copy of this EP yesterday (complete with out-of-date SST order form!), really enjoy it.

Purple streaked vinyl too, which is cool ;)

Totally agree about Good News for Modern Man, my favourite of what I've heard of Grant Hart's stuff and an amazing pop record. Last Days of Pompeii not so much, and difficult to get hold of on CD (GNFMM thanks to eMusic!). I must seek out Intolerance...

Intolerance is not hard to find, and is very much worth picking up.

thanks for posting this! Spot on. I'm a huge Bob Mould fan, but always realized the genius of Husker Du was shared by all the members.