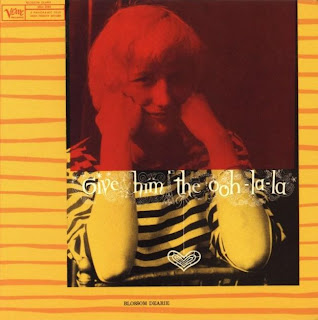 I was saddened to hear of another passing of a great musician, this time jazz chanteuse Blossom Dearie. With her wispy, girlish voice and playful demeanor, Dearie was entirely unique among jazz singers.

The obituary in The New York Times explains why Dearie was a woman after my own heart:

But just under her fey camouflage lay a needling wit. If you listened closely, you could hear the scathing contempt she brought to one of her signature songs, “I’m Hip,” the Dave Frishberg-Bob Dorough demolition of a namedropping bohemian poseur.

Ms. Dearie didn’t suffer fools gladly and was unafraid to voice her disdain for music she didn’t like; the songs of Andrew Lloyd Webber were a particular pet peeve.

Seriously, anyone who hates Andrew Lloyd Webber is okay with me.

But while Dearie was best known for her unique interpretations of jazz standards, she first came to my attention (and I suspect many of my generation) through her work on the educational Saturday morning cartoon series Schoolhouse Rocks. It was Dearie who taught me how to unpack my adjectives and the simple beauty of the figure eight.

It wasn't until many years later that I discovered Dearie's voice could be equally enchanting singing jazz standards. Here are two of my favorites that were associated with her. Her version of "Rhode Island Is Famous For You" ought to be adopted as our official state song. Even though it was Ethel Merman who first introduced Cole Porter's "Give Him The Ooh-La-La" it sounds like it was written for Dearie's playful voice.
Posted by Pete Bilderback at 7:41 AM