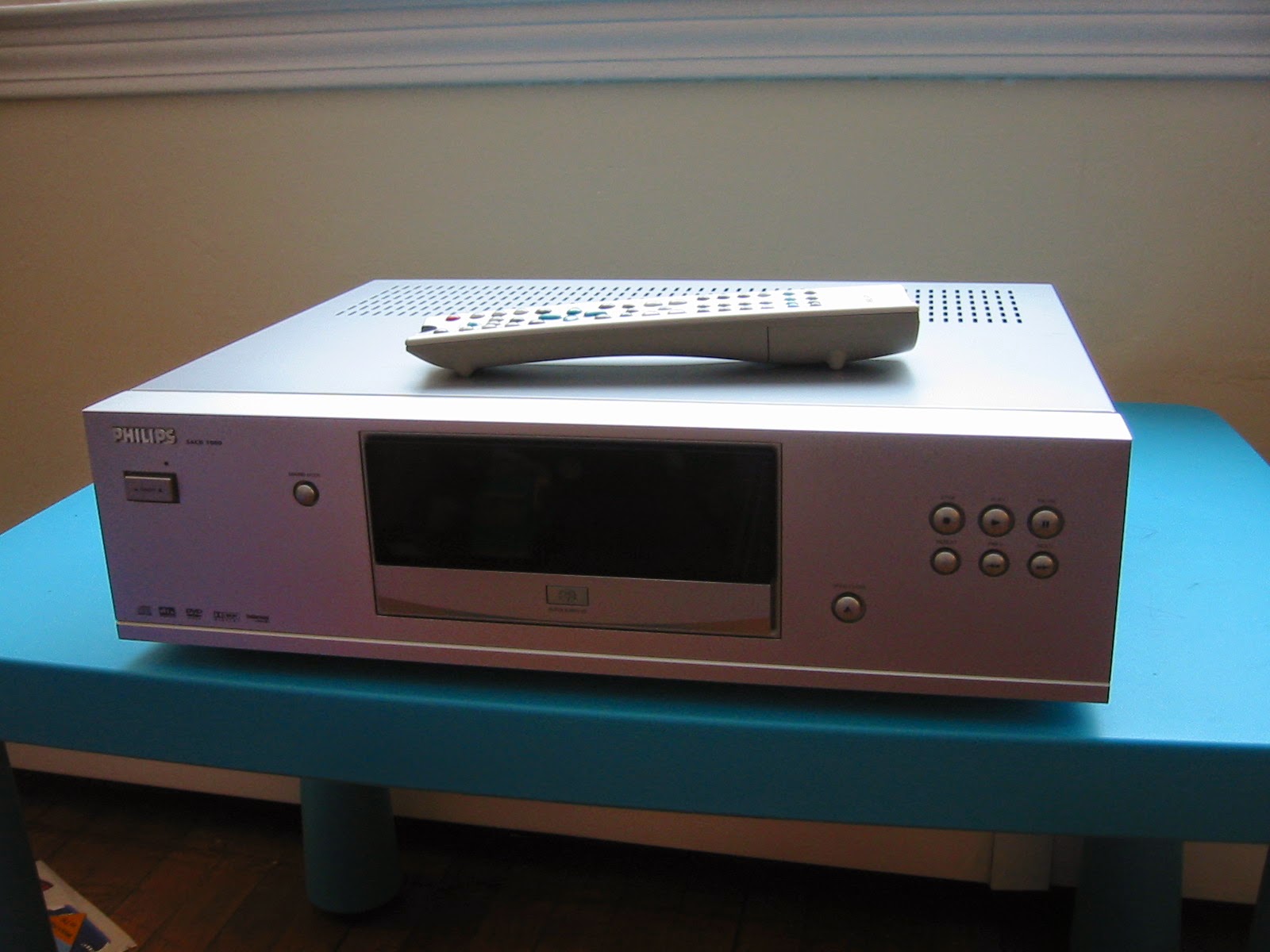 Throwback Thursday: My old Philips SACD 1000. What a piece of crap. I paid [I wont say how much] for this player, the second SACD compatible player to hit the market. Shortly after the 30 day trial period ended it began malfunctioning. I sent it to Philips for repair (under warranty) five times or more. It never worked for more than two weeks straight again. I followed various internet discussions about this player, and as far as I could gather nearly every single one of them failed and could not be fixed.

Eventually Philips refunded my money, and I even managed to sell the player to someone for a couple hundred bucks for parts (it had some very high quality components under the hood). But it was not worth the frustration.

For a variety of reasons SACD (Super Audio CD) never really caught on, and Sony and Philips quickly all but abandoned the technology (which was supposed to be a major upgrade over CD sound). (Yes, I know that some specialty labels still produce SACDs).

I keep this photo as a reminder not to jump on every "big new thing" technology and to remain skeptical of marketing hype, especially when it is presented with a lot of technical jargon that I do not fully understand. I later discovered, through blind listening tests, that when all other things are equal, I am unable to hear a dime's worth of difference between SACD and CD anyway. It's one of many reasons I'm not exactly chomping at the bit to sign up for Neil Young's Pono music service.
Posted by Pete Bilderback at 9:43 AM No comments:

This is another of my college radio shows that I recorded. I don't believe this was my finest hour. The tape is dated April 1991, so this would have been just before I graduated. I seem to have already checked out. Three times I just let a record run into the next track, including the entire three song b-side of Sebadoh's "Gimme Indie Rock" 7". On the positive side, I let a little kid do one of the station IDs. I recorded some Beat Happening LPs over side two of the cassette, so I'm guessing the show didn't get any better from there.

A lot of my better radio shows went missing when my car was broken into outside the 9:30 Club (in the nearby paid lot no less). Or at least, I'd like to believe they were better than this.

Robyn Hitchcock - The Ghost In You

Robyn Hitchcock has a new album, The Man Upstairs, scheduled for release on August 26th on Yep Roc. Produced by the legendary Joe Boyd (Nick Drake, Fairport Convention, Pink Floyd, R.E.M., Chris McGregor) the album features a mix of covers and originals, including a lovely version of The Psychedelic Furs' "The Ghost In You."

Hitchcock has actually been covering this song on and off live for many years now, and it's nice to see it make an official album appearance.  Back in 1988, A&M Records released a different version as the b-side to a promo 12" of "One Long Pair Of Eyes" to promote the Queen Elvis album. This version was recorded live at McCabe's Guitar Shop on July 30th 1988. I've uploaded a recording of it to youtube for listening and comparison.

I quite like the new, more arranged version, but this stark, beautiful solo acoustic version is tough to top.